What’s something which both Android and iPhone users have in common? They both love free apps! And both of the users can agree there’s nothing more frustrating than wanting to download an app but finding out it’s not free. The easier (and illegal) method is to download the ‘cracked’ version, basically to illegally download those apps. Or you can use other legal methods to get free paid apps. Surprisingly, there are a number of options. So, whether you’re an Android user or an IOS one, you’ll definitely find a method that works for you, and by downloading these paid apps for free, in a legal manner, you won’t have to resort to horrendous means to get them. Let’s Explore Free paid apps for iPhone & Android

Many people might be skeptical to see Amazon on this list, but it’s really not that surprising. Amazon has come far and has evolved into much more than being just a shopping site.

To stay in the competition, the Amazon app store daily offers one best-selling paid app for free. This way, users have the option to try out paid apps without worrying about breaking the bank! To download this, users will have to download the Amazon play store app through the Amazon site.

The steps are fairly easy to understand: Go to the Amazon website > Create a user ID > Download the Amazon App store (you may need to change the security settings on your phone, as most Android phones consider apps, from sources other than Google Play, as harmful) > Check out the free paid apps available or the variety of free apps, whatever works for you!

AppsFree is a simple-to-use application, which lists the apps which are completely free for a limited time. This app offers tons of features like notifying users when apps of certain categories are available for download, sorting the apps according to user preference, checking minimum ratings, etc. There is also an option of blacklisting keywords too, so apps containing those keywords won’t appear indefinitely. This app also boasts a rating of 4.6/5 on Google Play with over 18,000 downloads. While this app contains ads, it’s still a convenient and practical source for getting paid apps.

This app, PAGF, does exactly as the name implies: offer paid apps for free download. This app, currently in Beta, is available on Google play and has a different outlook than the apps previously mentioned. Instead of featuring a list of the paid apps on the app itself, it leads users to a blog that displays the daily-updated paid apps. These apps are free for a limited time and the blog daily refreshes the list. Other than showcasing the apps, the website also has filter options, where users can easily find the kind of app they’re looking for, as well as see the Play Store ratings of the apps.

Note: There are a few other apps of the same name, possible scams, so make sure to download the one from Chiki Softworks.

Paid Apps For Free on IOS

AppShopper is a website that maintains a directory of apps, and daily refreshes and updates it to get the 10 paid apps available for free, on the Apple Store, for a limited time. The number of apps available isn’t fixed at 10, but this is the average, most iPhone users will get per day. This website is similar to Paid Apps Gone Free in its features and purpose. Users have the option to add apps to their wish-list as well, so the app will notify them about any changes immediately. This is pretty useful since Apple regularly puts up special discounts and offers on its apps. This site is the best that IOS users can get, to download free paid apps for iPhones.

Google Opinion Rewards is a fun and handy app, which helps you when you help others. Basically, through this app, Users take surveys designed by Google to improve user experience. The surveys generally ask about locations, Youtube recommendations, and movies, etc. In return for answering the questions, Google rewards the users with ‘credits’. Android users can purchase apps on the Play Store through these credits. IOS users have the option to transfer these credits to their PayPal accounts since they don’t have access to Google Play. The frequency of the surveys varies and is somewhat inconsistent at times, hence the average rating on Google Play. This app, even with faults, is still a good option to download free paid apps for iPhone and Android.

Hopefully, this article will be useful to anyone looking to download paid apps for free, be it Android or iPhone users. For anyone, looking to download apps illegally, it’s better to download through these methods. Unsafe sites and risky illegal downloads may damage your phones and infect them with viruses.

How can I get Free paid apps on Android?

For Android, free paid apps are available. You just have to know some good ways to get paid apps for free on Android. Some of them are Amazon App Store, AppsFree, Paid Apps Gone Free, App Shopper, and Google Opinion Rewards. So, get any of these and enjoy free paid apps.

How can I get paid apps for free?

You can get paid apps for free iOS and free paid apps for iPhone; you just have to know some good options. Such as Amazon App Store, AppsFree, Paid Apps Gone Free, and many more.

How can I download paid apps from Google Play for free?

You can find several options; one of them is that download APPVN from Google and install it. Then look for the app you want to download from Google Play. Once you find it, click on it, and then select the APPVN from the options. Now, you can easily download the paid app for free.

Cracked Apps are similar to pirated or copied versions of the Apps. These cracked apps are considered illegal in many countries. Some even have rules and laws against it.

You do not necessarily have to have a Google account or login into one, to download any apps. You can download the file easily and install it anywhere.

What can I use instead of the Google Play store?

You have several options if you do not want to use the Google Play store. You can use Amazon App Store, GetJar, Mobogenie, SlideME, F-Droid, Aptoide, Uptodown, and many more.

What is the best Android app store?

There are many best Android app stores; you just have to choose the one you like. Some of them are SlideME, Amazon Appstore, 1Mobile Market, Samsung Galaxy Apps, Mobile9, Opera Mobile Store, and Mobango.

Galaxy store is a platform for Samsung, which helps in updating Samsung’s exclusive apps or stuff, as well as other apps. But the Play Store seems to have more collections of apps. Moreover, if your phone is of any brand, other than Samsung; then with Play Store, you can have access to all other apps easily. 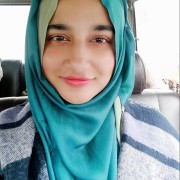 16 inch Macbook Pro by Apple Coming Out In October 2019