In the Apple iPhone x squad, Face ID has replaced Touch ID, thereafter, capturing screenshots is a little different as compared to previous models. A home button from these smartphones has been removed. A user has to use the volume up button and side button only. It might feel unusual to those users who have been using Apple devices, but they will get used to it with the passage of time. Here are some tips and tricks to capture a screenshot on iPhone X and its companions.

How To Take A Screenshot On iPhone XR

Follow the steps to capture a screenshot on the iOS device. The saved screenshot will be displayed at the lower-left corner. A user can swipe it and view it later in the camera roll.

The iPhone X family is integrated with iOS 11. With this advancement, screenshots have come up with many additional features. A user can edit them, mark them, and color them. Tap onto the screen capture the iPhone and edit it. Options like magnifying and cropping the image are also available. A user can also share an edited iOS screenshot via other social platforms, text messages, and emails.

Sometimes, unintentionally, the screenshots are captured by users. iOS 12 comes with resolving this issue. It is prevented only when the display is off.

3. Tap onto AssisitiveTouch> Customize Top-level menu. Further, a user can touch onto the icon for making a change. He can also ass another one by tapping the + icon in the lower right corner. There will be various choices, add this iOS “Screenshot” to the list. Options like 3D touch, long press, single tap, and double-tap are available. The user can choose any one among these.

5. A user can then edit and share an iOS screenshot to other applications.

The screenshot taken via this method is also saved in the camera roll. If a user is only using these methods to screen capture iPhone then he can set the settings accordingly.
Try these methods out and tell us which method is the easiest screenshot on iPhone X.

Why can’t I take a screenshot on my iPhone XR?

IPhone XR is a mid-range apple product released in September of 2018, along with the iPhone XS and XS max.

Like any other mobile device, there are some bugs in the software of Apple’s iPhone XR due to which you are unable to carry out basic tasks on your iPhone such as taking a simple screenshot

Another issue is that sometimes your iPhone can get stuck, due to which you are unable to take a screenshot or do anything else on your phone. To overcome this problem, you would need to hold both the home and power buttons for at least 10 seconds and after this, your phone will refresh and you will be able to take your screenshot.

Last but certainly not least, if your home and power buttons are broken, then you would not be able to take a screenshot until and unless you turn on the assistive touch on your iPhone.

How to change the Screenshot button on my iPhone XR?

Apple is one such mobile manufacturing company that does not allow it, users, a lot of freedom, due to which they are not able to customize their phone settings according to their preference.

Thus on any iPhone, you are unable to change your screenshot button until you do not jailbreak (A highly risky method) your apple product. However, there are other ways by which you can know how to screenshot on iPhone XR such as accessing your assistive touch icon, which is turned on by pressing the settings icon that is present on your iPhone screen. 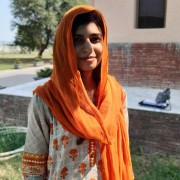 Business Ideas for Females in Pakistan Which is the Best Laptop for Mechanical Engineering Students