Do you want to have the ultimate gaming experience from the comfort of your smartphone? If yes, then you’re in the right place. As most gamers are always on the lookout for the best mobile war games, we have compiled a list of the 10 best war games for Android and iPhone. These Games include 3d army games for android phones that you can enjoy with your friends & family. Let’s Explore the best war games ios & Android

Brothers in Arms 3: Sons of War

If you want to play a war game with impressive graphics and lots of different campaigns and missions, then Brothers in Arms 3 is the perfect game for you.

With a 4.4 star rating and over 10M downloads, this game is the most addictive and one of the top war games for Android users. Some of its outstanding features are:

Brothers in Arms 3 requires an internet connection to play. Most weapons are available for free but some special limited edition weapons can be purchased to gain an advantage over the enemy.

Modern Combat 5 is one of the top war games for mobile. With a 4.1 star rating and more than 100M downloads, this game is considered as the best mobile war game for Android. Some of its features are:

Modern Combat 5 is a highly addictive game that requires an internet connection to run. It is the best free online army game available for war game lovers.

If you’re a fan of the army as well as navy and airforce, you should try World War 1945. This game includes ground, aerial and naval warfare, to satisfy your battle needs. With a 4 star rating and more than 100k downloads, this game has made it to the list of the best war games for Android. World War 1945 offers the following features that are listed as one of the best 3d army games for android phone

So download this game to experience the best mobile war game ever.

If you’re looking for an offline war game, that tests your shooting and survival skills, go for US Army Commando Survival. This game has more than 10M+ downloads, making it one of the best war games for Android. In this game, you have to scavenge for supplies, weapons, health boxes, and other equipment to survive on the island while fighting off other army rivals. Some of the features of this game are:

The best part of the US Army Commando Survival is that it doesn’t require an internet connection. It is an offline game and can be enjoyed anywhere anytime without worrying about connectivity issues.

All the games mentioned above are specifically for Android devices. Continue reading to find out about the best mobile war games for the iPhone.

Frontline Commando has a 4-star rating with more than 10M downloads. It is one of the most addictive and best war games for iPhone and Android users.

If you want a solely multiplayer game where you have to fight against real people from around the world, World War Heroes is the game you need. This game has a 4.4-star rating and over 50M downloads, making it one of the best war games for iPhone and Android users. Some of its distinguished features are:

With so many features available for its users, World War Heroes is considered as one of the best free online army games available.

Sniper 3d has gained so much popularity because it’s an offline game for the most part but you can enjoy online multiplayer battles too.

Sniper Fury is another top war game where you can test your shooting skills. This FPS game is very easy to play, making it the top mobile war game for iPhone and Android. It offers the following features:

Sniper Fury makes it to the top 10 with a 4.1-star rating and almost 50M downloads. It is no doubt the best war game for iPhone and Android.

Noblemen: 1896 is another war game for iPhone and Android. With almost 5M downloads and a 4.1-star rating, this game is one of the top war games available for mobile. It’s features are:

Noblemen: 1896 is well-liked because of its offline gaming option. This is why its the best free army war game available for iPhone and Android users.

World At Arms is another famous war game for iPhone and Android. With over 10M downloads and a 4.2-star rating, this game has made it to the list of top-rated war games. The following features are included in this game:

So if you love strategic war games, then download the best war games ios and enjoy the best modern war strategy game available for iPhone and Android devices.

So these are the top 10 war games that are considered the best for iPhone and Android devices. I hope it will help all the gamers to choose the best games for themselves, as war games are quite in, nowadays. Please share your comments below pertaining to best war games ios & Android 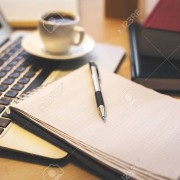 Stubborn Personality Disorder - How to Deal

Take Advantage of Best App Lockers For Android in 2020

What is Vsync Minecraft