Some of the amazing turn based games include Hoplite, Civilization Revolution 2, Final Fantasy Tactics-Wotl, The Battle of Polytopia, Star Realms, The Banner Saga, Fire Emblem Heroes, World of Empires, and etc. Out of these most of them are free turn based strategy games Android while some are paid. Let’s have a look at these thrilling mind games and rule the world of strategy games. 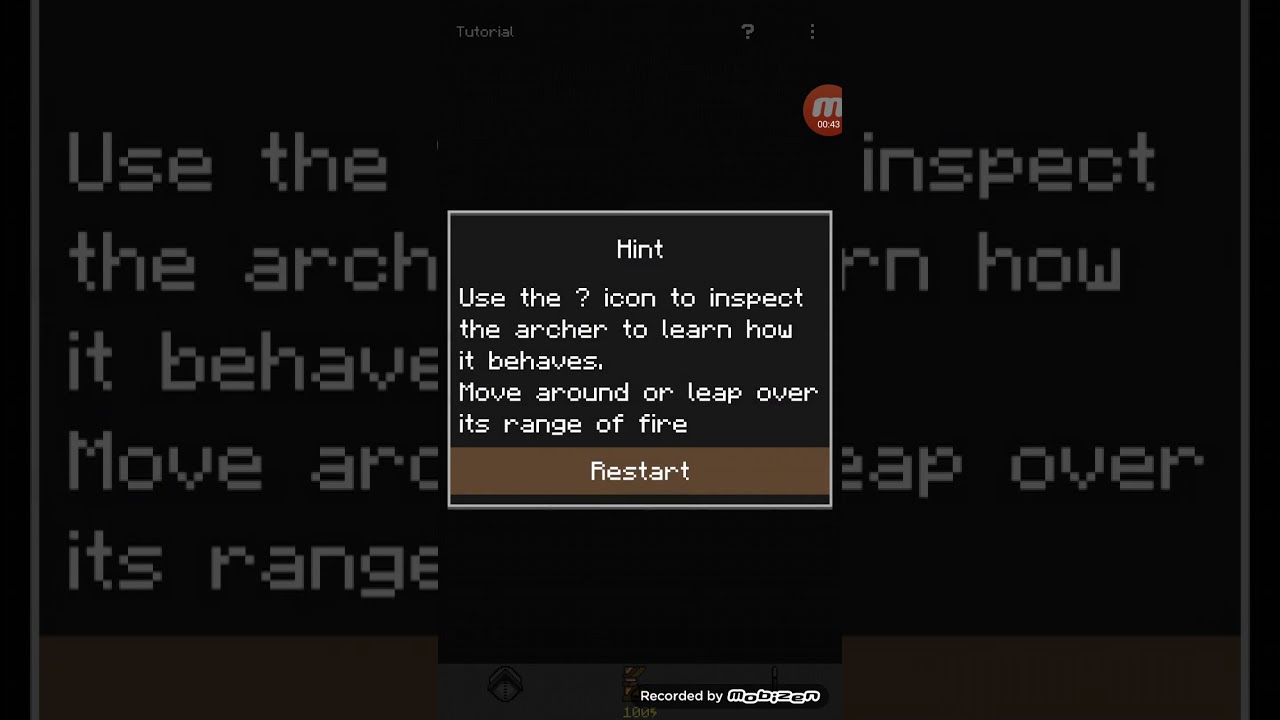 Hoplite is considered as one of the best turn based strategy games Android. This challenging gameplay is based on the fact that you must think before you act upon your moves. The reason behind this strategy is that your every move counts and make your actions worth implementing.

Hence, you will be needing a proper strategy to move ahead in your missions. And you can team up with your friends and use the turn based strategy games Android as a source of amusement. Hoplite is a kind of old school 8-bit graphics. So, you are going to play as a warrior, crossing multiple grey squares to fight your enemies.

Although the game is quite simple, you will be needing tactical movements and strategies to avoid any chance of being knocked out by your enemies. Therefore, all you have to make strategic choices which may lead to upgrading your abilities. The more you play wisely, the more you can earn the scores.

Moreover, on the screenplay of Hoplite, you can see the powers and lives left as well. You can make different strategies based on different parameters of complexity at each level. Since there are no in-app purchases available, you can download it free from the Google Play Store.

Released in 1997, this is another one of the top turn based strategy games Android. In 2017, another version of this game The War of Lions for PSP was released which includes new movies, scenarios, and jobs, etc.

You can play turn based strategy games android like this one which requires a sharp mind to win the complex battle. This game comprises of Touch screen control intuitive and tactical shots. So, you can take control of this strategy based game through tapping on the menus and units.

Moreover, it also involves maps for navigation which you can manipulate and move around changing the size for an effective strategy. You will find an improved loading time, once you start the game and brace yourself for your turn based game.

On the other hand, you will love the high-quality graphics in anime style with colorful landscapes throughout the Final Fantasy Tactics.

Star Realms is another best turn based strategy game that combines the Deckbuilding Game play with exciting Trading Card Game style combat. It is specially designed by Magic Hall of Famers Darwin Kastle and Rob Dougherty. It is quite amazing that you may get addicted to it in the end.

In the tutorials, you will find all the tactics and methods to play this beauty in a few minutes. In the free version of Star Realms, you will find 6 mission campaigns among the players and the Player Combat. Moreover, you will experience mesmerizing visuals in this free turn based strategy game Android for play vs AI.

If you want to experience the full features of the game, then you will find 9 mission campaigns along with 3 difficult steps in Player vs Al version. Playing with your friend will be a real fun where you can challenge them in a battle of Star Realms and follow pass and play technique. 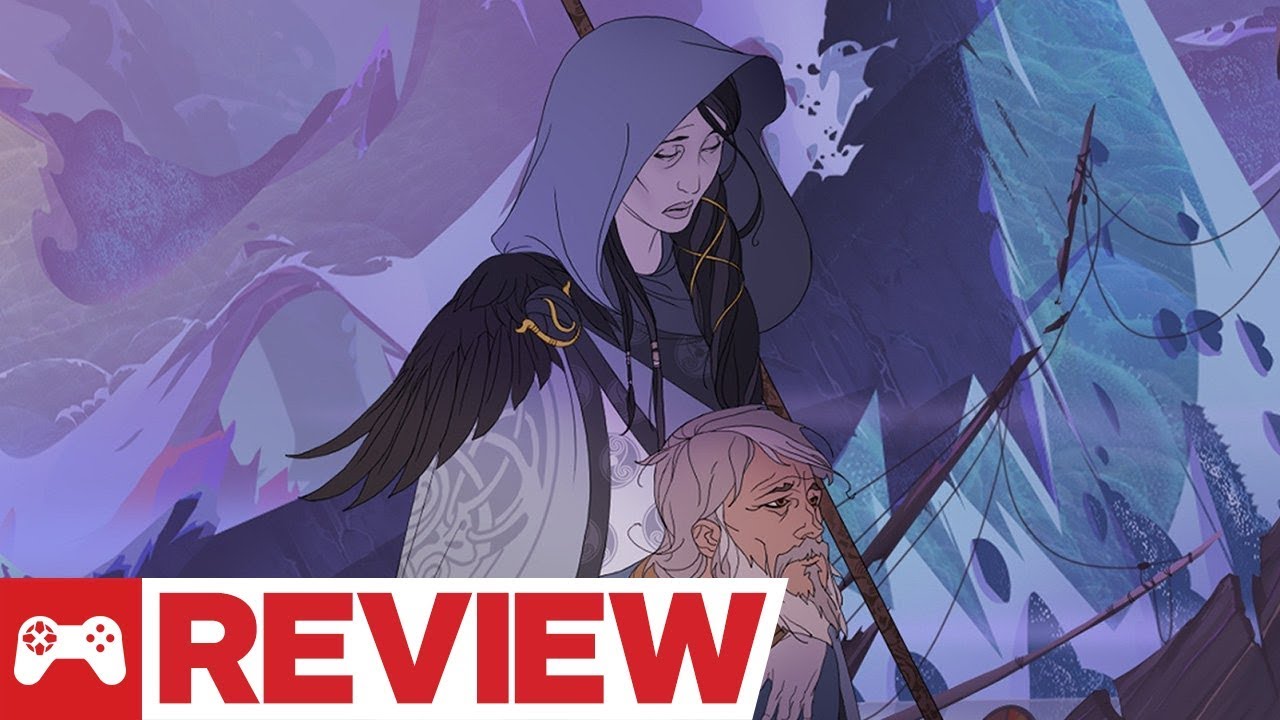 The Banner Saga game is based on an adventurous journey, where you have to abandon your home in order to save your nation. This is a kind of historic turn based strategy game Android in which your destiny is based on the choices you make at the beginning. You are the creator of your personal story in The Banner Saga.

During this game, you can challenge your friends and participate in a number of battles against your enemies. Moreover, you have to be cunning enough to formulate strategies in such a way that victory becomes your destiny. Your right decisions will define the end of your nation. Thus, many battles may come in your way along with multiple skills and 25 major characters as well.

The 2D animation, graphics will add color in this Vikings challenging world. With the evolution of the story, you will be the one who decides the battlefield, soldiers, tactics, and survival of the characters in the game.

This is one of the unique top turn based strategy games Android that plays the fantasy battle and makes connections out of combat with 7 different classes. Nothing attracts you more than something which you create throughout the battle with your strategies and decisions. It’s up to you to decide who is going to die and who will survive in the end.

Moreover, you are going to love destroying and killing of your mysterious enemies as well. So, what are you waiting for? Just go save your nation and tell your enemies that you can survive the toughest winter conditions ever and win every challenge.

Here comes another turn based game for your Android where you will be taking command of an American battle group. Tank Battle is an action-based game from World War II and your task is to free Europe from the evil. This game comprises of 8 mission rising storm campaign allowing you to use multiple tactics through your amazing skills.

Additionally, you can also purchase more features like 12 mission campaigns in different landscape modes. Apart from this, get ready to experience 3D graphics for an ultimate action based game and settle for the best quest.

Civilization Revolution has become the most successful game out of the Android turn based strategy games. You can build your own empire, which may stand till the end. This sequel is now available for your mobile devices as well. Civilization Revolution 2 provides the fans with a 3D graphics which stands out every time you dip your toes into strategy-based games.

Simple yet detailed tactics are required to rule the world in the end. Moreover, the new key features of this sequel involve new civilizations like Korea, leaders like Lenin the Russia Communist, King of Joseon. Then comes, new technologies to make this civilization revolution 2 more attractive to play like Lasers, modern medicine and etc.

Throughout the game, you have to create your own complete kingdom. It requires you to expand your empire with buildings and wonders like Nuclear Power Plant, The Red Cross, and Silicon Valley. Moreover, you will find more challenging scenarios from reenacting historic events and battles. Download this Civilization sequel to build your own empire and conquer the world.

The Battle of Polytopia – turn based Android 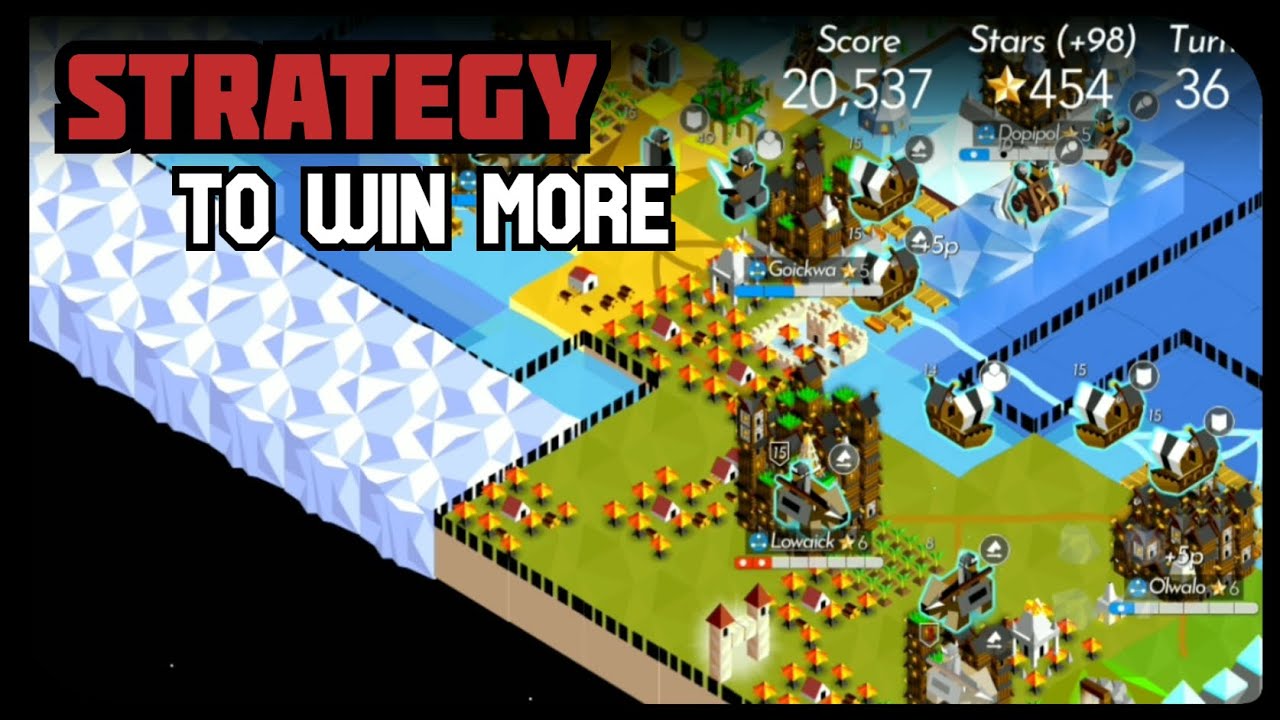 The Battle of Polytopia is another battle of good and evil. Players can play it as a turn based games Android with unique plot twists. You will find new technologies and plenty of lands and playing along to rule the world and free it from the evil.

As a player, you will have the authority to manipulate the maps as per your strategies in the game. Moreover, these automatically-generated maps have an unlimited value for the game players as well. Throughout the game, you will get the chance of exploring new captivating landscapes that engages you in the game.

Whether you want to wander in the dark cold forests of Barduria or you want to explore the steamy Kickoo jungles, you are going to love the journey. If we talk about its graphics, then you will find the cartoon style in the Battle of Polytopia which looks cool.

You can run around the landscapes on squares and construct more worlds after destroying and reshaping the glaciers. And this is how you can open new locations for an adventurous battle in your whole journey. It’s one of the best free turn based strategy games android

Casual Heroes is a turn-based strategy game in which you have to fight tactical battles. It is different from other turn-based games as it doesn’t involve magic and swords, instead, it uses slingshots, rolling pins, and other modern objects along with distinct skills of each hero.

Set in the time after the apocalypse when the whole world was flooded with water, this game requires you to use your tactical skills to plan moves combined with the correct support items, to survive and win.

The heroes used in this game are common people without any special powers, like firefighters, musicians, and farmers. They have to make use of their abilities to fight and survive on the island. Some interesting features of this game are:

All you need to get into this strenuous battle for survival is a good internet connection and you’re all set to make your move. 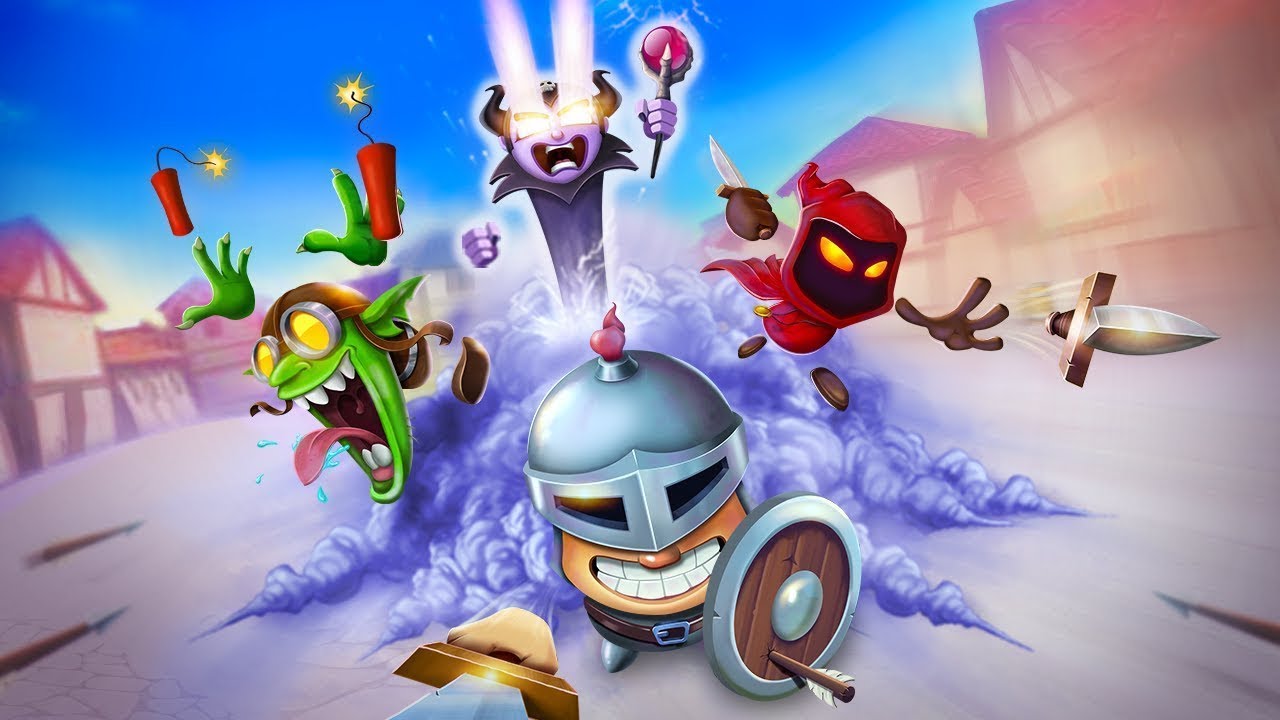 With over 5M+ downloads, Smashing Four is a turn-based strategy game that requires you to build a squad of four heroes to fight against other squads from all over the world.

This game has collectible cards that can be used to unlock new heroes and upgrade their skills to make them invincible on the battlefield. Smashing Four offers its players the following features: 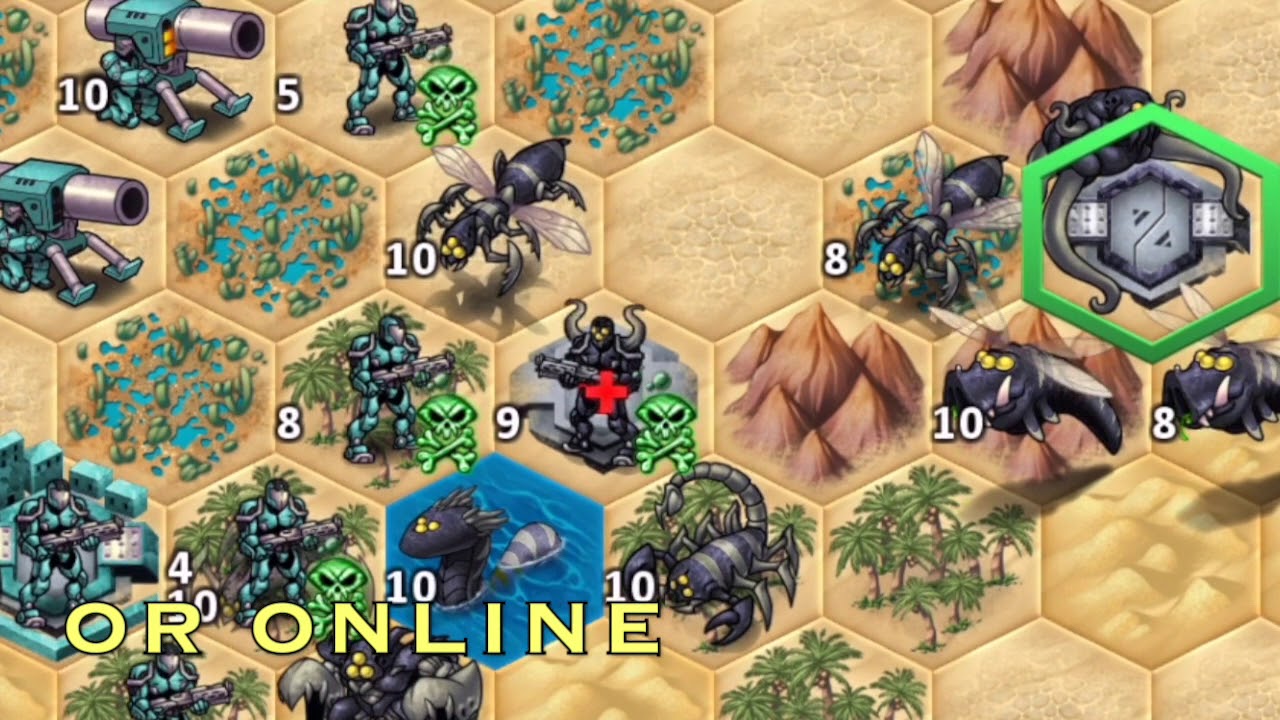 When talking about turn-based strategy games, we cannot forget UniWar. Specifically designed for mobile users, this game has more than a million downloads.

The gameplay is based on almost 50k user-made hexagonal maps, where the player has full control over their troop. You have to build an army, train, and command them to conquer the world. Below are some of its features:

UniWar is more strategic and fun than chess. You can download it for free from Google Playstore and start your battle towards victory.

What is the best strategy game on Android?

With more than 5M downloads and a 4.6-star rating, Rise of Empires: Ice and Fire is the best strategy game on Android.

What is the best turn-based RPG for Android?

The best turn-based RPG for Android is the Age of Magic with a 4.4-star rating and over 5M downloads.

Which are the best offline strategy games for android?

The best offline strategy games for Android include:

All these games have a 4+ star rating making them the best offline strategy games for Android.

What is the Hardest strategy game?

The most difficult strategy games for Android are Baldur’s Gate and Final Fantasy IV.

These games are considered difficult because they have challenging tasks that require strategy and are not everyone’s cup of tea.

If you want to try other turn based strategy games Android then Fire Emblem heroes, casual heroes, and World of Empires, etc. Fire Emblem Heroes is one of the newly launched leagues with interesting battles and tactics. In this game, you will find around 800 stories to engage you and drag you one step forward every time. You can play these free turn based strategy games android at home with your friends and show your strategic mind strengths.

All the above-mentioned turn based strategy games are available for Android devices and you can download them from the Google Play Store.