Smartphones have been gradually transformed since the arrival of the first phone in 1975. Interestingly, people never used the term “Smartphone” until 1995. Due to competition in this advanced field of Technology, innovations have become a tool to achieve excellence in the future. Nowadays, people give priority to phones with OLED display or AMOLED display before spending their money. These are two kinds of display technologies of great interest to smartphone users. This article will differentiate between Super AMOLED vs OLED mobile phones and help you to choose a cell phone OLED screen or AMOLED.

Moreover, we are now part of the generation for whom smartphones have become a necessity and not just a luxury. Gone are the times, when we buy phones for just making a call and sending messages to our loved ones. 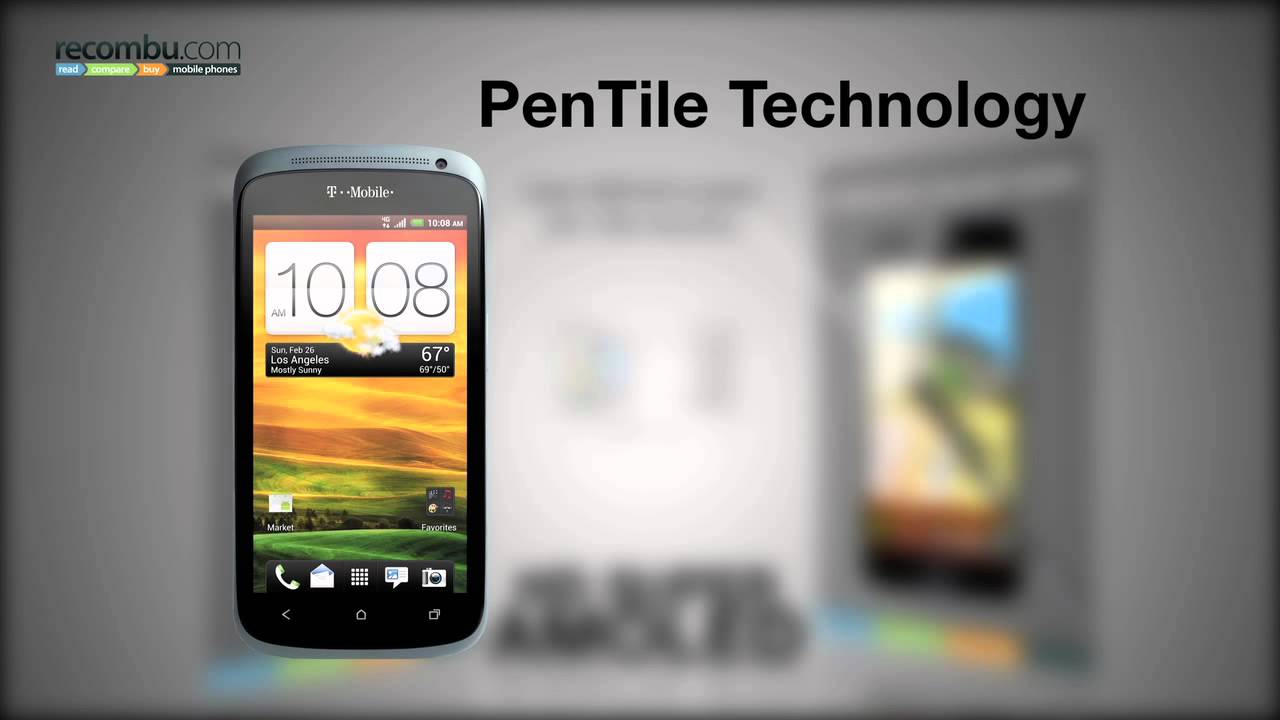 Now people prefer technology over anything and make sure that their mobile device contains enough space, best design, perfect megapixel camera, and a lot more. So, let’s have a look at what is the difference between OLED and AMOLED smartphone displays.

Before choosing between these two display technologies, let’s discuss the properties and differences of OLED and AMOLED.

OLED stands for the Organic Light Emitting Diode which comprises of LED made up of organic material. The moment current enters through the film of organic compounds, it emits light. In OLED displays, the organic layer is present in between the two electrodes, out of which one is transparent.

Although OLED works in the same way as conventional diodes and LEDs, it also uses a thin film instead of semiconductors to produce dynamic and vibrant colors.

However, unlike many other LEDs, OLED displays are not only thin, flexible, but so small that you can see them as an individual pixel. So, images turn out to be an exception, when OLED displays are used. Moreover, these OLED displays, not only come up with perfect quality pictures, but they also consume less power when they deliver deep dark colors.

Let’s unveil a number of unique features of OLED Display.

Although OLED displays have been regularly used in several devices, there are some disadvantages to this display as well.

There are a number of technology areas, which use OLED displays. Some of them are as follows:

Difference Between OLED and LCD?

Unlike, Liquid Crystal Display LCD, Organic Light-Emitting Diodes OLEDs work without the backlight. The reason behind this fact is that OLEDs emit a visible form of light. Moreover, OLED also displays a deep black level. Black level is a kind of brightness level, where the screen emits no light and a pure black screen is produced.

OLED displays are lighter and thinner when compared to the Liquid Crystal Display LCD. Another interesting thing about the OLED screen is that it produces a high contrast ratio in a dark room or low light conditions.

AMOLED Displays: What is AMOLED

AMOLED is a term used for Active Matrix Organic Light Emitting Diode displays. Technically, AMOLED is an OLED kind of diode with an extra layer of the semiconductor film. Active Matrix Organic Light Emitting Diode AMOLED control uses a thin film transistor TFT backplane technology. This film controls the flow of current and this is how it activates each pixel quickly.

Thus, when current passes through two thin-film transmitters, a high level of control exerts over each pixel. In return, this technology increases the viewing experience exceptionally. The function of the one film is to start and stop the storage capacitors and the other one facilitates the charging of the capacitors.

AMOLED vs OLED vs LED

The size of the AMOLED display has no such limitation in comparison to OLED and LED displays. Not only this, but the power consumption of AMOLED display is also lesser than the other display technologies.

Due to unbelievable efficiency and performance, the number of mobile phones and other device manufacturing company has incorporated this technology. Furthermore, you will also find AMOLED displays thinner and lighter than other display technologies like LCD and LED.

Difference between AMOLED and OLED?

Hence, in comparison to simple OLED, Super AMOLED which refers to as SAMOLED reflects one-fifth of sunlight.

AMOLED display technologies are used in portable devices due to their amazing display quality. The flexible screen and high display quality make it a complete package for a number of devices such as;

This display technology is getting popular due to its number of advantages.

Despite a number of advantages and popularity of AMOLED displays, there are few limitations to this technology as well.

On a lighter note, if we compare OLED and AMOLED based on their display size, contrast ratio, working, and display, we find a number of differences. Since smartphones evolved, they have come a long way from just a conventional type of LCD to an advanced level of AMOLED panels.

OLED is a display that delivers a deep black while AMOLED thin-film carries an exceptional quality picture. On the other hand, OLED works through a passage of current from a sandwich of organic layers igniting the electroluminescent layer to produce electricity.

The organic compound is present between the glass or plastic layers. Whereas, unlike simple OLED, Active-matrix OLED comprises of additional TFTs to help reach the current to each pixel.

Then comes, a contrast ratio of OLED display, which is due to the ability of the light emitted to switch off completely. Thus, deep black shade is produced in OLED displays like in cellphone OLED display screen.

On the other hand, in AMOLED displays, each pixel of the screen emits light which eventually results in deeper blacks and bright colors. Unfortunately, these deeper blacks and deeper brightness cannot be seen clearly in the direct sunlight.

If we talk about the display size, then AMOLED supports comparatively larger display sizes. While OLED is thinner in comparison to the standard form of LCDs and gives an efficient form of display for its pixels illuminates itself.

During the last couple of years, there is a high demand for OLED display technology in smartphones. Most of the vendors are shipping smartphones with Super AMOLED displays, considered as an advanced version of cell phone OLED screen. As per research, around 500 million AMOLED screens were produced during the year 2018.

Moreover, in 2018 Samsung prevailed the market with AMOLED display technology due to its highest demand by the end-users. Apple, Xiaomi, LG, Huawei, and other smartphone manufacturers have integrated the Active Matrix Organic Light Emitting Diode AMOLED display technology. Now, Samsung has started manufacturing its own brand of the Super AMOLED as OLED mobile phones display.

Most of the smartphone manufacturing companies like Apple, Samsung, LG, and others have been producing mobile phones with OLED display. Apart from the variation in the display screens, the mobile phone world has evolved dynamically.

Whether you talk about innovation or versatile technology, smartphones have been experiencing a frequent change in terms of size, display, features, shape and etc.

This fast pace of innovation in the smartphone world has increased competition among technology companies. Hence, mobile phones have evolved from a pixelated version of Nokia phones to a highly advanced version of the iPhones. And later the innovation has moved towards the highly sophisticated and latest version of Super AMOLED display smartphones.

Moreover, the most effective factor concerning the Super AMOLED display technology is that they automatically get adjusted to the lighting setting. Hence, Super AMOLED displays provide your eyes with high-quality graphics when we use multimedia and play our favorite game.

Is AMOLED or OLED better?

The smartphone user has one thing in their mind when it comes to display i.e. AMOLED vs OLED which one is better. When it comes to screen display AMOLED is better than OLED due to an extra TFT layer which makes it more flexible than OLED.

What is the difference between AMOLED and OLED display?

The basics of AMOLED and OLED are the same as both displays use organic light-emitting material and when TFT is added at the back panel of OLED to control every pixel with current then it is called AMOLED.

What phones have OLED displays?

OLED is the latest technology but many phones already have OLED display. Some of the smartphone with OLED display are as follow:

Which is the best display technology in mobile phones?

OLED is currently the best display for mobile phones and the Super AMOLED display by Samsung is the best OLED display around the globe. Many other companies like Huawei and LG are producing high-quality OLED display. Let’s see how these cell phone OLED screen shapes up in the future.

Is AMOLED bad for eyes?

AMOLED is currently the latest technology for display and it provides a brighter view then any other display therefore it hurts your eyes as the price for more is always heavier than the earlier technologies.

Which is Better full HD or Amoled?

It is not a relevant question to ask as full HD means 720p whereas AMOLED is the technology where every pixel is light up with current, however, AMOLED is much better than full HD.

Why IPS is better than AMOLED?

IPS provides sharper edges and angles than AMOLED display which makes it better than AMOLED when considering overall image quality with brightness.

Why LCD is better than AMOLED?

Which Display is best for eyes?

OLED is the best suitable display for eyes as it has a high PPI than any other display.

Are IPS Display good for eyes?

The IPS display is not good for eyes but better than many other displays.

Is OLED good for eyes?

The OLED display is not good for your eyes as it brings blue light in excess which causes many problems.

There are a number of similarities and dissimilarities of Super AMOLED vs OLED mobile phones mentioned in the article. So, keeping in mind the above discussion of LCD, OLED, AMOLED, and LED, it can be concluded that AMOLED is the better version of OLED. And there is no point in raising a question that is better out of devices like cell phone OLED screen or AMOLED displays.

We hope that all the above information proved of great help for you to decide the real difference between the two display technologies. However, you can choose anyone out of super AMOLED vs OLED technologies, depending upon their disadvantages and advantages mentioned in the article. In short, due to the regular integration of innovative technologies in the field of telecommunication, smartphones have evolved from simple OLED, AMOLED to SMOLED displays.

How to Find Someone on Snapchat without their Username