Joining the mid-range, low-price and some high-performance chip competitors of the intel in the past years is AMD, and when it comes to multi-threaded work, AMD is lining up. After seeing Intel manufacturing thread rippers and 10x cores, they have added the first 16-core CPU, AMD Ryzen 9 3950X, into the Ryzen 9 Family. Intel Core i9-9980XE competes with AMD’s 32C/64T Ryzen Threadripper 2990WX. Ryzen 9 3950x price in Pakistan is Approx Rs. 151,299 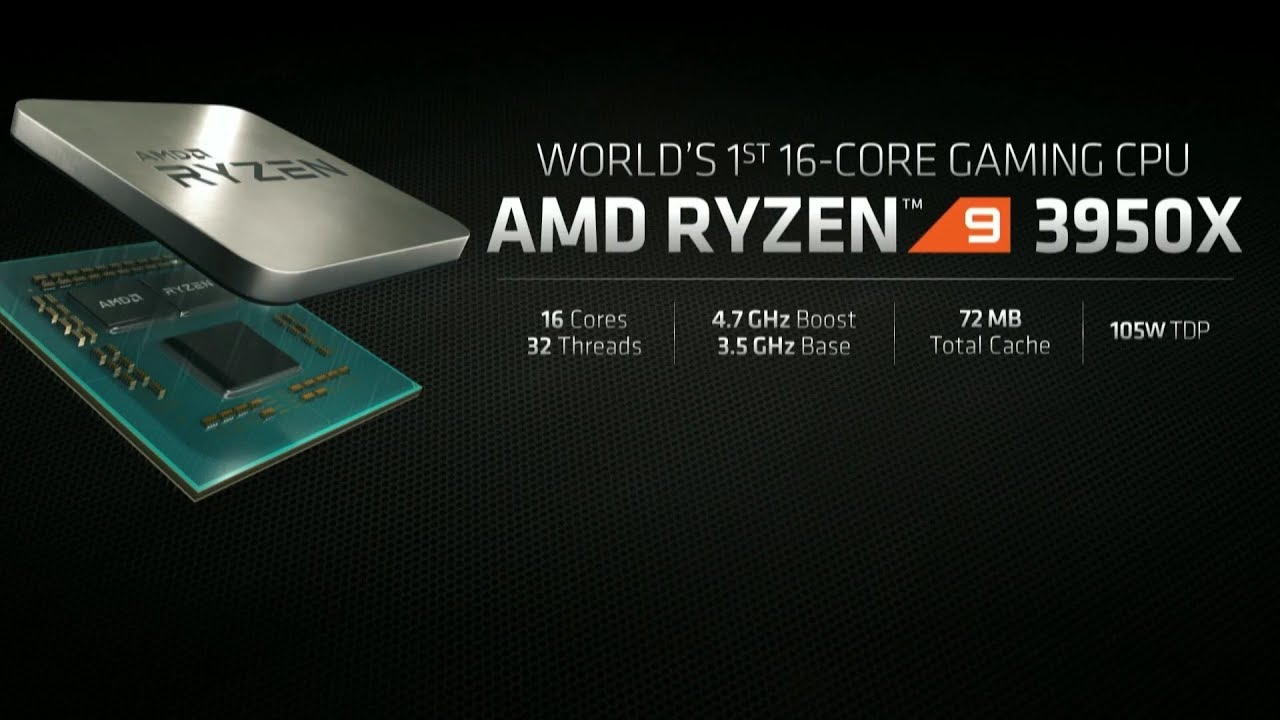 AMD just said they are not interested in the market’s competition, but instead, they want to join the leading edge-consumer industry and release the 16-core AMD Ryzen 9 3950X.

The AMD Ryzen 9 3950X is a ZEN 2-based, AMD consumer processor specially built for the AM4 sockets, along with the range of X570 featuring motherboards.

The processor features 16 cores working simultaneously and performing multi-threading through 32 cores, with a base frequency of 3.5 GHz, and offers a boost of 4.7 GHz and will boost a 105 Watt of Thermal Design Power.

AMD announced the processors right after announcing the 3rd Generation Ryzen Processors. Due to the extra validation requirements of the market, the processor is equipped with two of the Zen 2 eight-core processors with an IO die facilitating a total of 24.0 PCIe 4.0 lanes.

At the Computex launch event, AMD Ryzen 9 3950X paired the processor with the X570 motherboard.

Some benchmarks revealed that the processor crosses 16-core products such as the Intel 7960X.

It also obliterates the 18-core Intel’s flagship processor, i9-9980XE, in single and multi-thread performance, which is reportedly $1250 expensive.

intel core i9 price in Pakistan

How to Leave a Group Text Android 2022

Dual Core vs Quad Core Processor Which is Better