Have you ever wondered why we Enjoy Horror stories?

According to Psychology, people who tend to get bored easily enjoy watching horror movies and reading short horror stories. We seek the sensation and like to test our feelings of fear. If you’re such an enthusiast too, this article is for you. Twitter horror stories have become a new way of enjoyment. People religiously follow scary Twitter threads and paranormal Twitter threads. This article lists down a few of the Twitter horror threads. They’re a must-read and will leave you feeling curious. Are these real, are they made up? However, we can’t tell how much of them is the truth. But truly, they will petrify you on a dark night.

The first ghost story on the list would have to be formed, Adam Ellis. You can look him up on Twitter @moby_dickhead. Adam kept his Twitter friends updated on a series of creepy events that took place in his apartment. Adam started seeing a child with a misshapen head in his dreams. Followed by a dream where a girl addresses him as, “Dear David”.

However, Adam moves to a new apartment, above his previous one. There he begins to notice the unusual behavior of his cats. They tend to gather at the front door at midnight and stare at it. Besides, he also uses an app to record any weird noises while he sleeps. In particular, he notices a few recordings that were suspicious. He keeps updating his scary Twitter thread. For further evidence, he takes Polaroid photos and they come out black. He continues to have those dreams and that cats follow the same routine.

Following, Adam also installs a monitoring camera in his house. However, the series of events keeps getting even creepier.  And then he captures the ghost child on camera. To find out more read his Twitter thread compilation, Dear David. Adam claims that his tweets and the pieces of evidence were not fake. Moreover, there have been reports that this story might turn into a film. A fan-made Dear David Short Film is available on YouTube.

Another one of the Twitter horror threads includes different short horror stories. These Twitter horror stories are simple yet terrifying. However, once you start reading them, it will send chills down your spine. In fact, it will force you to keep reading. The more terrified you’ll be, the more you will want to read. Not all of them can be defined as horror but surely they’ll make your insides shriek.

These two Twitter accounts made it to the list of scary Twitter threads because of the terrifying backstory. Back in 2012, a teenage girl named Skylar Neese went missing from her house. There was no clue of her disappearance for a year. However, in December 2012 Skylar’s best friend disclosed the truth. Rachel Shoaf and Shelia Eddy had decided to sneak out after midnight and took Skylar Neese with them.

They took her just across the Pennsylvania state border. In fact, that was their occasional spot for smoking marijuana. They had made all the preparations for her murder and stabbed her to death. According to the post-mortem report, she was stabbed more than 50 times. The Twitter accounts of Shelia Eddy @_sheliiaa and Rachel Shoaf @_racchh were still active after they had murdered Skylar Neese. They aren’t paranormal twitter threads but you’ll hate them.

We all prefer certain things that we find enjoyable. However, there are people who enjoy reading short horror stories. Although it makes them feel scared they still carry on reading them. On the other hand, there are people who read for fun. But guess who are the bravest and strongest of them all? Yes, they’re those writers who produce all these scary Twitter threads. In addition to that, they even tend to make visual drawings. This further intensifies the experience. For someone who is easy to scare will be shaken by these Twitter horror threads. The Twitter account @threads_scary is another such account.

If you check out these creepy threads on Reddit you’ll be scared to even open the app again. Some of the scariest events have been defined. Nobody knows if they’re true, or made up. But you’ll never think of Snapchat the same way after reading this. 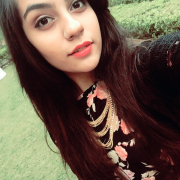