Xiaomi Mi9T is on the way to delight the Pakistani smartphone audience. Xiaomi’s smartphone price is set at 58,999 Rs, which is relatively high for an average smartphone user. Xiaomi mobile price in Pakistan is on the Higher side as compared to other Asian countries. Still, as far as quality is concerned, Xiaomi mobile price in Pakistan is on par with other mobile devices available in the Pakistani market. 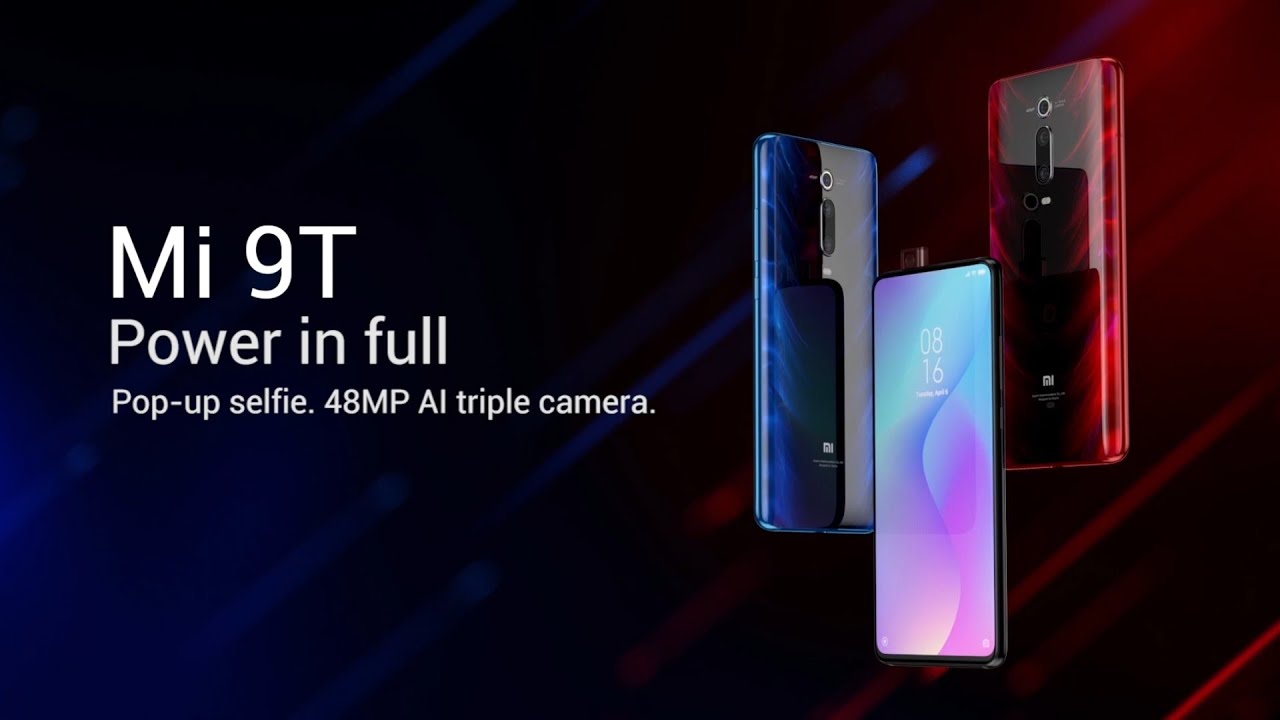 Mi9T, the Xiaomi company’s flagship, follows the same pattern as the 8T series. But Xiaomi Mi9T offers many new features, which include gigantic memory, attractive design, and the latest processing chip. Previously, they launched Mi CC9.

Let us talk about the appearance and colors of Mi9T. This smartphone is available in three color variants: carbon black, red flame, and glacial blue.

Now, what about the display? Mi9T has a super AMOLED capacitive display offering 16M colors. The screen size is 6.39 inches, and it is equipped with HDR technology and multi-touch functionality. The resolution is 1080X2340 pixels, and the screen has gorilla glass protection.

The internal hardware is the latest. The CPU configures 2.2 GHz with octa-core functionality. Qualcomm Snapdragon 730 chipset is present and gives a 20% speedier performance than the 8 series. Adreno 618 GPU coupled with the chipset.

The triple rear camera setup has optimal sensors for professional photography. The specifications of the sensors are 48 MP, 8MP, and 13 MP. The front selfie camera captures photos with 20 MP resolution. The camera’s other features include geo-tagging, panorama, face detection, HDR, and three video recording modes.

The connectivity options are multiple. Mi9T can connect through WiFi, Bluetooth, infrared, GPS navigation, and a USB-C port.

Active noise cancellation is the best thing about the Xiaomi smartphone Mi9T communication. There is a dedicated microphone that cancels all noises and delivers a crystal clear voice.

The battery is lithium-ion and has a capacity of 4000 mAH—moreover, the battery charges on fast charging unit of 18 watts.

The operating system is Andriod 9 on the pie and supports dual SIM.

After analyzing the specification, any user can bet on Xiaomi Mi9T for the latest features and services.

Xiaomi mobile Pakistan provides excellent service to customers by delivering new smartphones like the Xiaomi mi 9t that cater to all requirements of the new era generation.

The Best British Pakistani Actors And Actresses Ever

How to Close Apps on iPhone 11-Ultimate Guide 2020