Microsoft windows phone are available in Pakistan at affordable prices. Microsoft Windows mobile has been struggling a lot against other smartphone versions. Let’s have a look at the features and specifications of some of amazing Microsoft Windows 10 mobile operating system OS phones like Microsoft Lumia version.

Microsoft has also signed an agreement with the Nokia Company in order to uplift its own brand, but failed to sell a significant amount of smartphones. However, they are selling their low to mid-range smartphones. 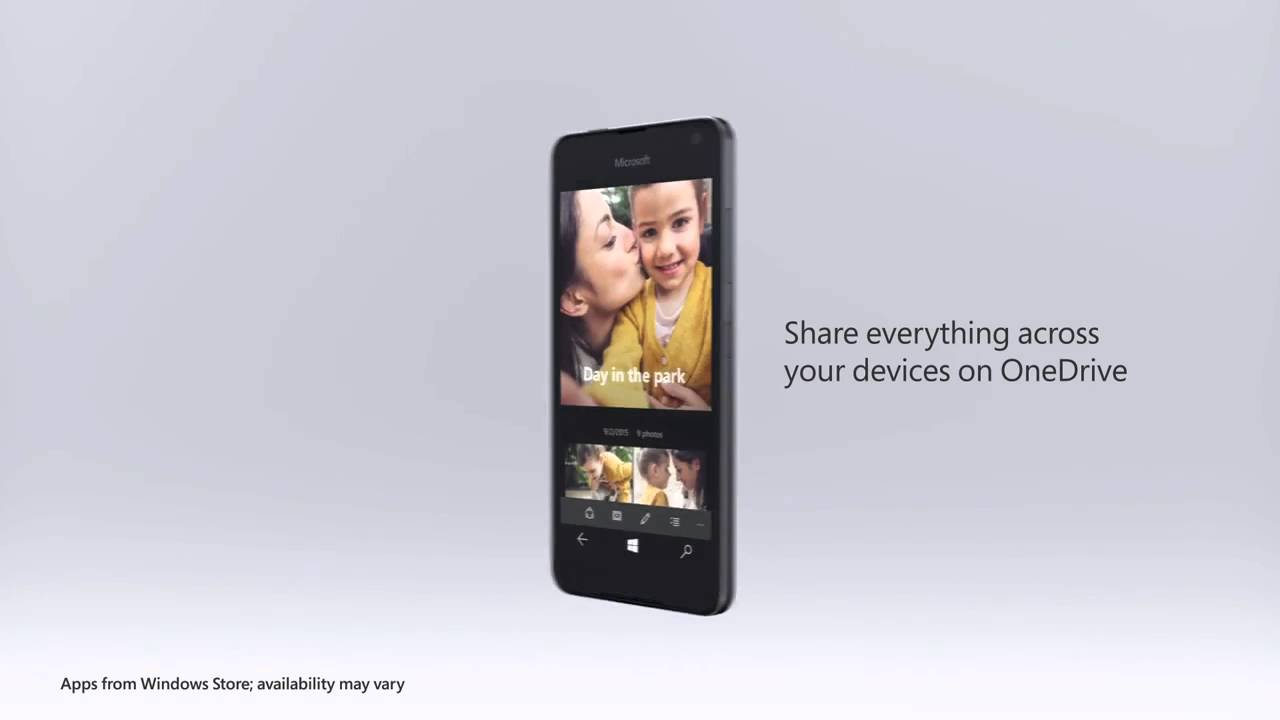 You can easily connect keyboard, LCD and mouse with your Lumia 650 to control your device. It consists of a Snapdragon Chipset of Quad-core 1.3GHz CPU with a 1 gig of RAM to provide users with a mind blowing experience.

If we look at the camera of Microsoft Lumia 650, you will find a front sensor camera with 5MP resolution. On the back side of this windows phone, 8MP camera is present that will allow you to make better pictures. If you want to experience an amazing photography, then this is best Windows mobile that will give you HD quality photos and videos.

The 5-inch wide screen of Microsoft Lumia 650 let the user witness a jaw dropping pixel density on the phones. On the other hand, this device is best for the 3D gaming because it is free from graphic rendering delays.

Lumia 650 is a windows phone with an internal memory of 8GB which can be extended to 128GB through the use of microSD card.

It comes with a metallic gorilla glass protection along with connectivity tools like 4.1 Bluetooth radio, FM radio and a Wi-Fi module. Microsoft phone price of Lumia 650 is Rs. 20,000. 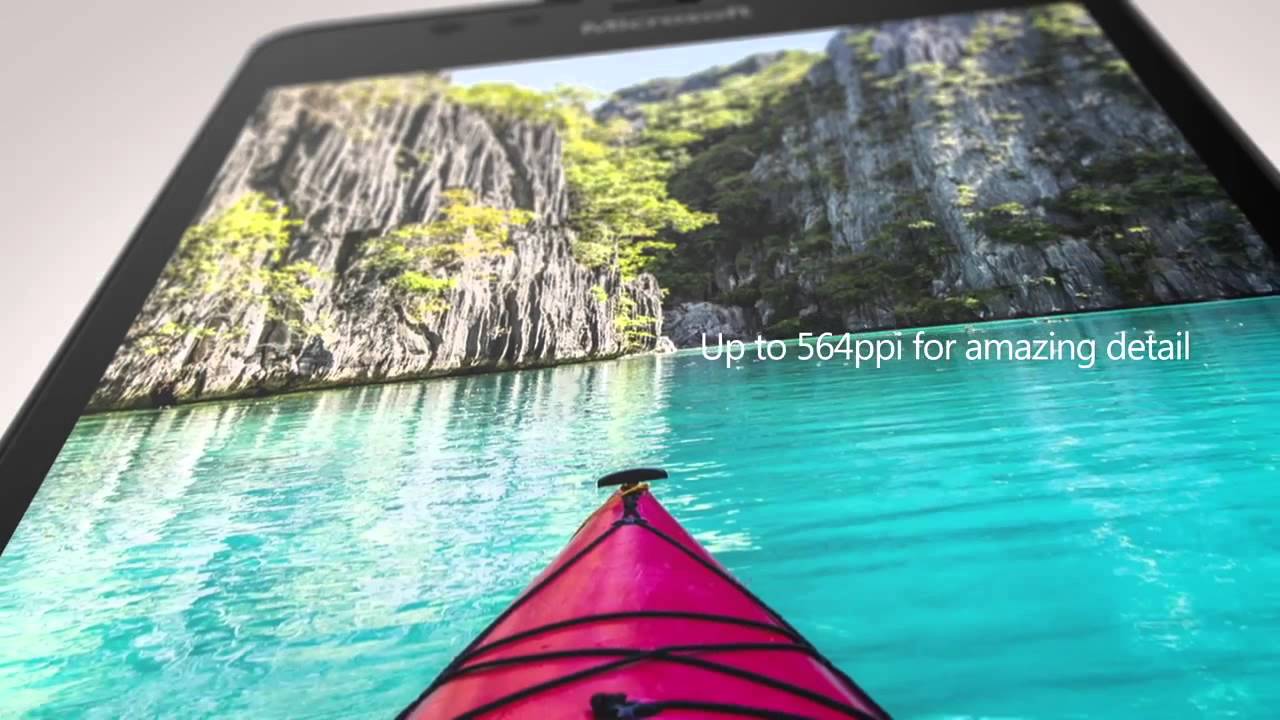 Microsoft Lumia 950 XL specifications will blow your mind with 5.7 inches wide with 4K full HD screen. Its design is backed by a GPU Adreno 430. This amazing Windows 10 mobile comprises of an 810 Snapdragon chipsets.

You can experience a Wireless charging experience due to its Quick Charge 2.0 technology. This feature is especially designed for the ease and comfort of users of Windows phone.

Game lovers can have a better 3D gaming experience with 4K video streaming in this Windows mobile. You will see a glass protection on the camera and flash.

The internal memory of the Microsoft Lumia 950 XL is supported by external storage memory. There is an option to set between the user storage and applications.

Microsoft Lumia 950 XL has a 4K display which delivers a Full HD quality videos and pictures. Moreover, you will enjoy a bigger battery along with a big screen as well. A 3300mAh battery will support multimedia application for a maximum duration.

A 20 Megapixel MP Rear camera is going to make your memories more colorful and in HD quality. You can take selfies with 5 MP camera and make videos with a 20 MP and make your best moments with family and friends more memorable.

C-Type USB port is also part of this amazing mobile with a non-removable battery. And with a 3GB RAM, users can avail multitasking feature. Moreover, users of Windows phone will experience an ultra-fast response against the touch.

Other features includes out of the box wireless charging and an IRIS scanner which recognize the retina of your eyes.

Microsoft phone prices are quite affordable and 950 XL will charge you Rs 64,399. 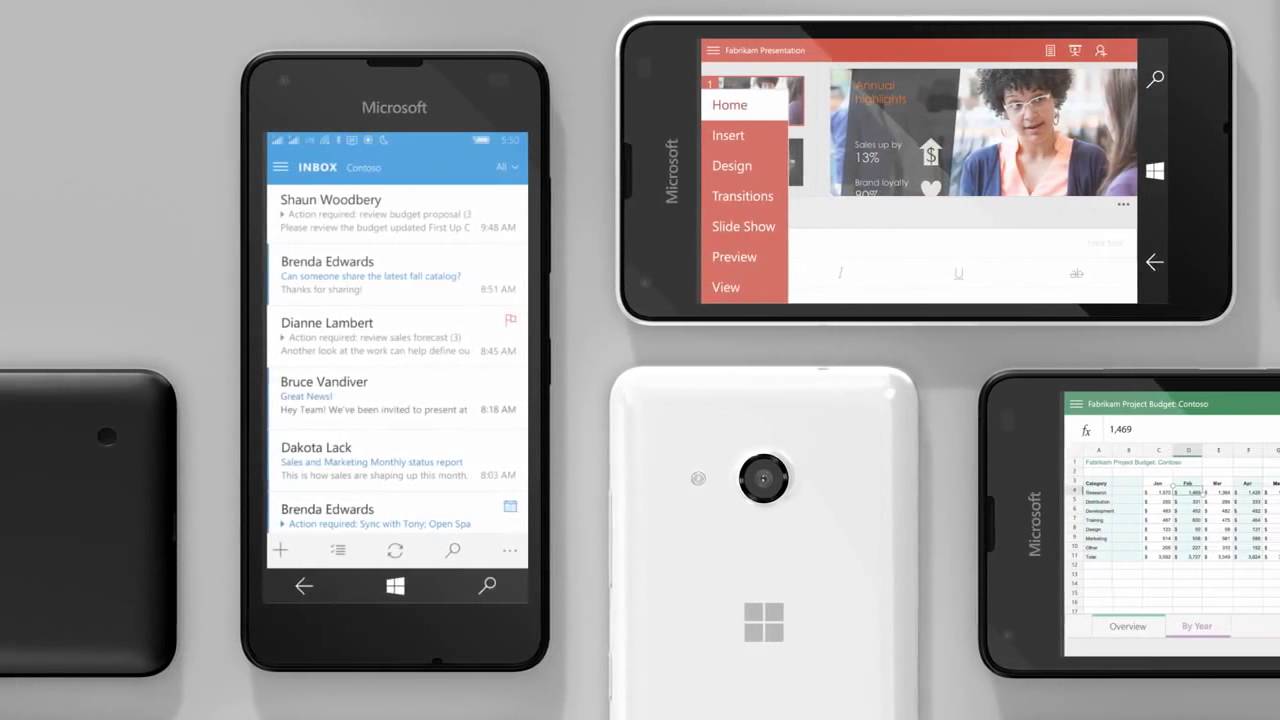 Microsoft Lumia 550 is the first windows 10 mobile supported with LTE (Long-term evolution). It supports the 4G wireless standard development. Much lighter in weight to provide comfort and ease to the users with its slimmest body.

This Windows phone comes with a 4.7 inches, 720P widescreen and it is also supported by Adreno 304 GPU. This version of Lumia is compatible with the 3D gaming modes to experience the high resolution videos.

Lumia 550 Windows phone has 1GB RAM which provides Metro UI in an improved version. This feature helps in enhancing the multitasking.

For selfies, you can make pictures with 1.2MP camera and capture your memories with the back camera of 5MP.

Like other Microsoft phone prices, Lumia 550 is quite affordable in Rs 13,249. 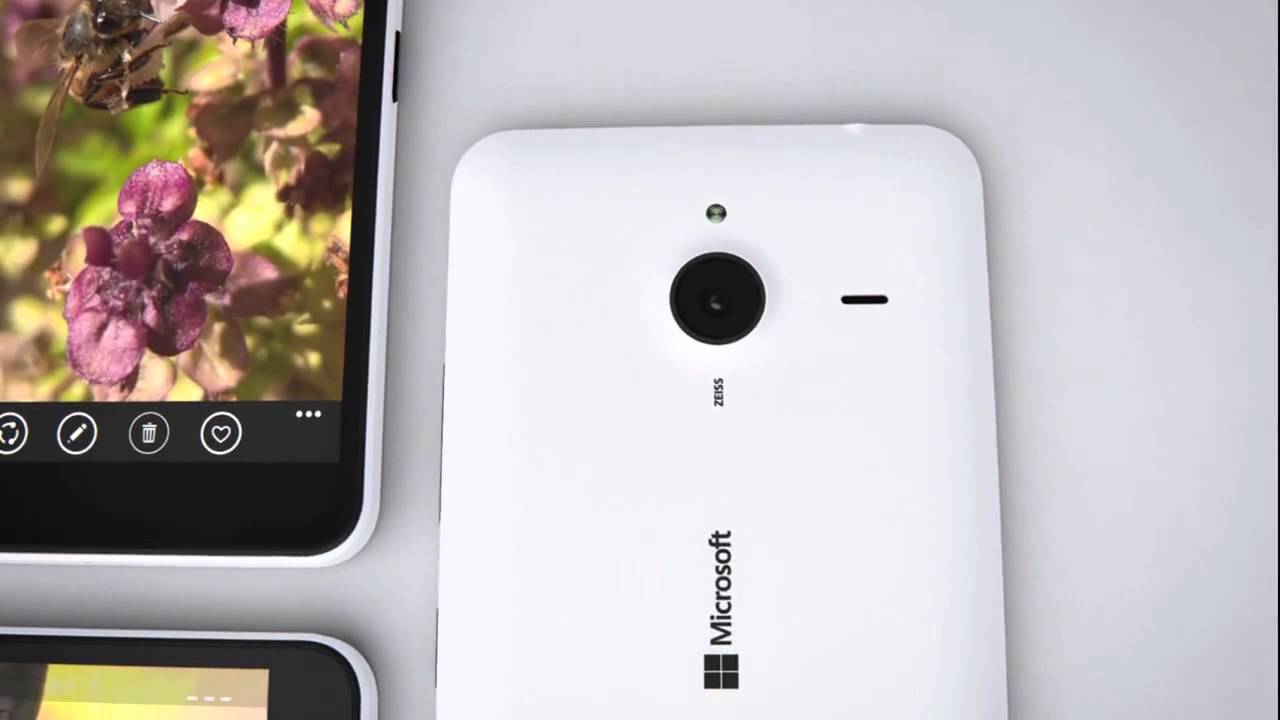 Microsoft Lumia 640 XL was unveiled accidently but it proved to be a helpful gadget in the smartphone world. It is highly reliable, convenient device which has a number of multi-functions.

In a plastic body, with strong processor, you can have everything possible with this gadget for entertainment and communication to work purpose.

It has a 4-core Qualcomm processor, which supports 400 Snapdragon in a RAM of 1GB. Lumia Microsoft Lumia 640 XL works on Windows 8.1 operating system OS version. Due to this installed version of the operating system, users can easily control their Lumia 640 XL with a wide range of standard applications.

This device of Lumia family runs smoothly with a storage space of 16GB which can easily be extended with the help of microSDHC. The display screen is 5.7 inches wide to deliver a colorful and bright image.

Microsoft mobiles prices in Pakistan of Lumia versions are quite in range. Microsoft phone price of this Lumia 640 XL version is Rs 19,999.

This is not only the slim version of Lumia, but it is also perfect in delivering a complete package of performance, reliability and quality. The thickness of its body is more than 8.5mm which is available in many beautiful colors.

The size of the screen is 5 inches and users can do surfing on the phone with comfort and ease. This version of Lumia 640 XL dual SIM has a Microsoft Windows 8.1 OS.

Like Lumia 640 XL, Microsoft phone price of Lumia 640 XL Dual SIM is not only reasonable but in range. It is available at an affordable price tag of only Rs 17,599. 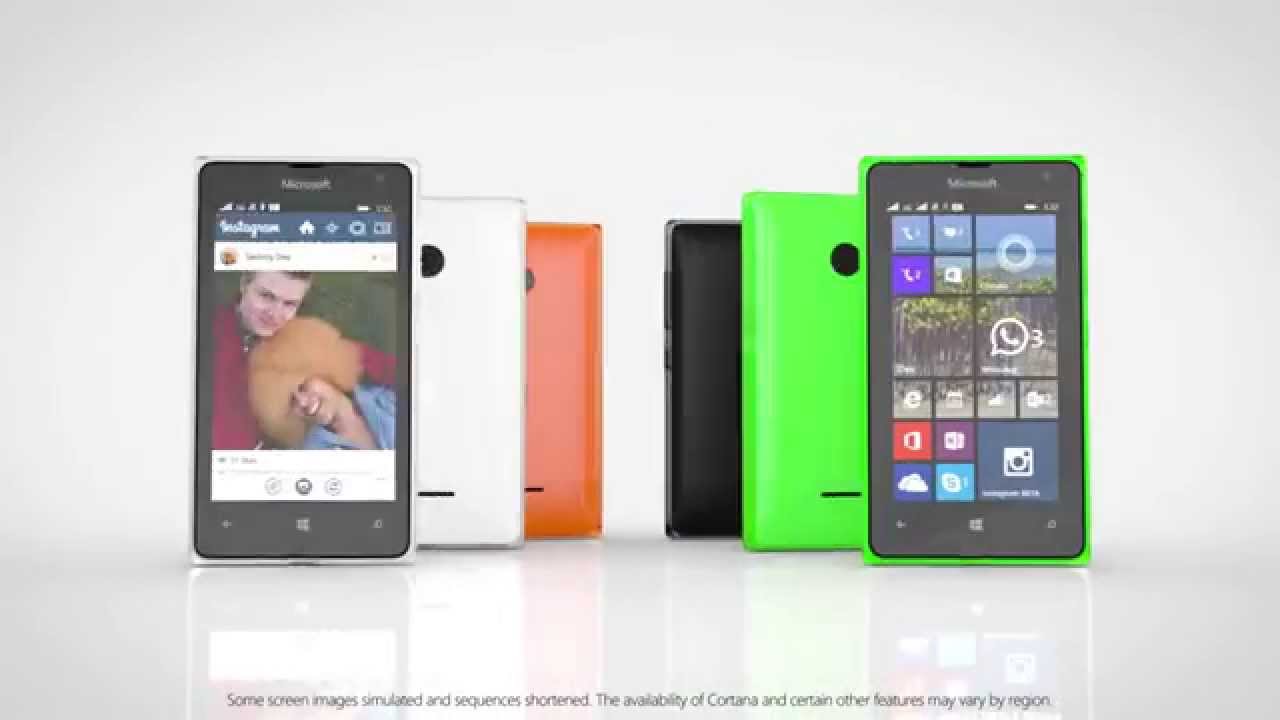 Microsoft Lumia 532 is supported by the Windows 8.1 OS. This family of Lumia comprises of a powerful Snapdragon with four cores. It is designed well to challenge the other devices in line.

Above all, this phone has a Microsoft office and Skype application as default apps. Another application, which is also part of this Microsoft Windows mobile is called Cortana. Just like Siri in Apple phone, Cortana is going to assist you well with your daily assessments.

A special facility is available to the gaming users that it allows them to install games directly on the microSD card. They can directly play it from the memory card.

Microsoft Lumia 532 is available at an affordable price of Rs 8,404. 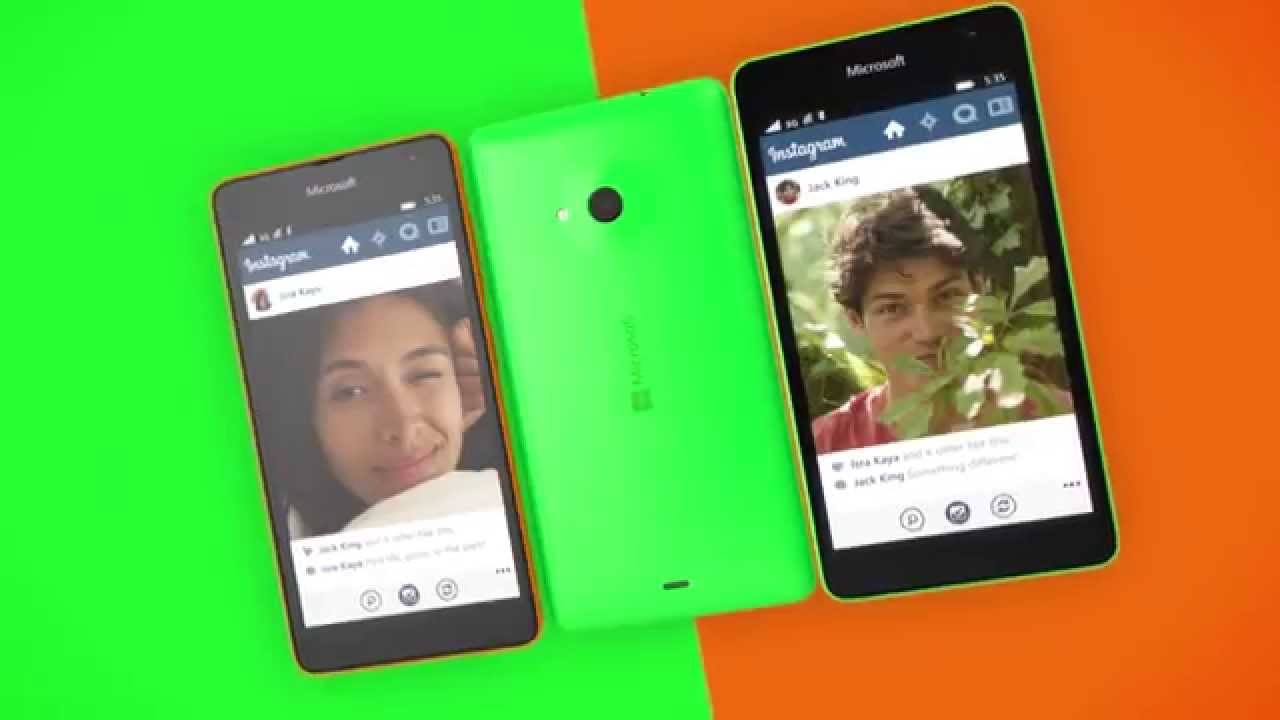 Microsoft Lumia 535 gadget is similar to the Nokia phones 2011 which appeared in the Pakistani market. This windows phone comes with a detachable casing in many beautiful colors.

It comprises of a 5 inch display which supports an HD quality images and videos. Pixels of this wide and perfect screen is 960 x 540 pixels. Other amazing features are 1.2GHz quad core processor and a 1GB RAM to enhance the experience of the users of this device.

It is available at a reasonable price of Rs 9,300.

Microsoft Lumia 535 Dual SIM version comprises of a 5 inch HD quality screen with an in built Windows Phone 8.1. With this Lumia Family version, you can be able to snap a better image through LED flash and 5 MP sensors on with front side along with the lens. This will help you capture the broader view.

Moreover, you will find 5 megapixels sensor as an auto focus camera. It is supported by an extra SIM card slot and run smoothly with 1.2 quad core processors with 200 Snapdragon chipset.

Lumia 535 Dual SIM is supported by 1GB RAM and 8GB internal storage. Price of this gadget is Rs 9,999 in Pakistan.

Best Camera For Photoshoot That You Can Buy In 2021