Samsung galaxy note 10 and 10 plus phones are the first-ever Samsung phones in the Galaxy Note series with an edge-to-edge display known as Infinity O display. This all-screen technology has already been introduced in Galaxy S10 and Samsung has adopted the same technology in the Note series.

Note 10 is slightly larger than the Note 9 thus giving a wide view to enjoy HD videos. Note 10+ is bigger and heavier as compared to Note 10 so if you want to enjoy the tab experience then Note 10+ is the right choice for you. The phone comes in different colors Aura Glow, Aura Black, and Aura Pink.

This is the most interesting part as Samsung never ceases to amaze its customers with the ever-increasing camera and video features in its Galaxy phones.

Let us start with rear camera specs as Note 10 has a triple rear camera:

Samsung Galaxy Note 10+ comes with a quad rear camera that contains one additional Time of flight (ToF) sensor other than the above three cameras.

This sensor enhances the depth information and is termed a Depth Vision Camera by Samsung. The quad-camera feature in Note 10+ is definitely a treat for people who love photographing details around them.

Note 10 camera comes with multiple improved features. Improvements have been made in the video recording and editing with additional specs. The new features include live focus video, slow-motion, and video editor options. The live focus video allows the user to record a video with a blurred background.

The user can create a “bokeh” background effect, especially during the nighttime. Note 10 camera specs also include an augmented reality (AR) Doodle that allows the user to add images, text, and other stickers to the photos.

Furthermore, the user can create his own doodle art using the S Pen. The front-facing 10 MP camera is placed in the center. That is why it can capture ultra-wide selfies with air actions.

Samsung galaxy note 10 and 10+ come with one of the largest batteries used in any Android phone. The phone comes with a 3500mAh battery. It takes around 30 minutes to fully charge the battery.

This implies that the user can enjoy talk time, browsing, watching videos, listening to songs, and taking photos all day long.

Certainly, the battery life of Note 10+ is definitely better than that of Note 10 as Note 10+ comes with a battery of 4300mAh. It is high time to say goodbye to our typical cord chargers and switched to fast wireless charging.

Samsung galaxy promotes wireless power share that allows the user to charge a friend’s phone or any other Qi-compatible devices by placing them on the back of the Samsung galaxy note 10 to do reverse charging without any cord.

Samsung galaxy note 10 specs include a high-speed QUALCOMM snapdragon 855 processor. Note 10 comes with surround sound speakers to give an ultimate wide-angle TV experience. There is no 3.5 mm headphone jack in Note 10 to keep slim and stylish.

Most noteworthy this is definitely one of the most astonishing modifications done by Samsung in Note 10 so far. The user can now use the USB-C port available at the bottom of the phone which means that existing headphone cables have to be replaced.

Samsung Galaxy Note 10 specs are quite refined and are adding to the entire outlook and overall performance. Note 10 is sleek and stylish loaded with features. It is all set to give the ultimate mobile experience to the users.

The phone comes in a beautiful design and the color variants introduced in Note 10 are simply eye-catching. Note 10 has an Infinity O display with stereo speakers to ensure a true TV experience.

Not only that but It is also equipped with better video editing features to allow the user to vlog their travel experiences with better technology. The user can enjoy playing games on Samsung Galaxy Note 10 with its matchless processing speed.

Samsung released Galaxy Note 10 and 10+ in August 2019 globally and attracted many global customers to pre-order. As the phone comes in different variants so there is a range of Samsung Galaxy Note 10 prices that vary with storage capacity. 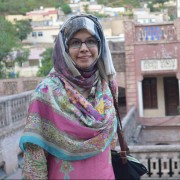