OPPO is a camera phone brand and a popular smartphone company among youngsters, especially in China. The latest model, OPPO Reno 2Z is launched on 21st October 2019, containing the latest features of Android and Camera. OPPO Reno 2Z’s specifications include that the phone runs on Android v9.0 (Pie) and has an Octa-core (2.2 GHz, Dual Core + 2 GHz, Hexa Core) processor. It has 8GB RAM and 256GB internal storage. OPPO Reno 2Z price in Pakistan is around Rs 69,999 ( Expected Price )

Specifications of OPPO Reno 2Z include its 6.4 inch screen with a screen resolution of 1080×2340 pixels, 396 PPI with an aspect ratio of 19:5:9. The touch screen of OPPO Reno2 Z is AMOLED capacitive touchscreen supporting 16M colors. Its screen has a protection of a Corning Gorilla glass 5 from the front and the rear side. Thus, the OPPO series are the first set of phones to come with quad rear cameras. The features include a dreamy quad rear camera of 48+8+2+2 MP camera with a depth sensor and an ultra-wide and wide angles. Furthermore, it includes the extraordinary features of the Dual-LED flash, 10x Digital Zoom, Face detection, HDR and panorama. The selfie camera of this model also has the stirring feature of a motorized 16MP pop-up camera with a flash and HDR.

OPPO Reno 2Z consists of a non-removable Li-PO 4000 mAh battery and has an extremely fast charging battery of 20W with VOOC Flash charge 3.0. Additionally, the features of OPPO Reno 2Z include distinct sensors which are touch sensors (under display, optical). The sensors in the phone are Sony IMX586 sensors, accelerometer, gyro, proximity and compass. The browser on this phone is  HTML5 supported.This smartphone is on a MediaTek Helio P90 processor. This model is available in Sky white, luminous black and Polar Light colors.

OPPO Reno 2Z has got the world’s first pop-up camera with Bokeh effect video. And offers a professional video effect. This set  has an extremely decent video editor SOLOOP. It adds the music to the video according to the timing. The video editing is quite effortless using this editor. Also, the pop-up camera also has a free fall protection. As a result, this feature senses the fall and the pop-up camera retracts immediately. The sound system is quite high and you will experience immersive audios in games, movies as it has a Dolby Atmos and Hi-Res audios.

This latest model of OPPO was launching in April 2019 at first. But the company launched it in September 2019. The price of OPPO Reno 2Z in Pakistan is around Rs 69,999. It will soon be available in the markets. The price of OPPO Reno 2Z in India is Rs 29,990. Also, it is available in Indian markets for sale. The smartphone has a hybrid DUAL SIM (Nano SIM, Dual stand-by). The Reno 2Z has launched at a very good price. It is much better than it’s six months old predecessors, but it’s a steal! 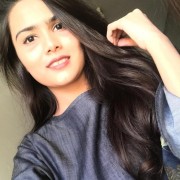 Best Phones with Under Display Fingerprint Sensor -US 2020

Virus on Phone-How to Clean Virus from Your Phone 2020