Although most things in Professional Wrestling are scripted and planned, there has never been a shortage of controversial WWE moments. It would be an understatement to say that WWE controversies generate buzz. These moments of dispute can have a lasting effect on the ongoing storylines. Interestingly, many of the most controversial WWE moments in the company’s history have also been intentional. Without these special WWE moments, we would have lost interest in wrestling long ago.

Nowadays, WWE mainly caters to kids and families, so it tries to avoid offending anyone. However, during the Attitude Era, these dispute-inducing moments kept the fans invested in the product. We can still relive countless such moments on the WWE Network. Furthermore, we have prepared a list of 5 of the most controversial moments in WWE history so that you can relive them right here!

As discussed above, the Attitude Era included many shocking moments. Among these moments, a highly memorable one happened at Wrestlemania 15. The Undertaker faced the Big Boss Man in a Hell in a Cell match at the event. After a decent game, The Deadman won the bout and extended his Wrestlemania Undefeated Streak to 8-0. However, one of the most controversial WWE moments happened after the match.

With the help of his Ministry stable-mates, The Brood, the Undertaker tied a noose around Big Boss Man’s neck and had the other end of the loop attached to the top of the cell. The cell then ascended upwards, taking the Big Boss Man with it. A moment like this today would be deemed too violent for a company popular among children. WWE fired Daniel Bryan in 2010 after he strangled an announcer with his tie on an episode of Monday Night Raw. Just imagine the reaction to The Undertaker hanging someone from the cell in the current era. Such types of WWE Controversies can negatively affect the company.

WWE doesn’t like to admit that it scripts its events. Back in 1996, however, an incident caused the company to acknowledge it. This incident still holds a high spot in the list of WWE controversies. By 1995, Scott Hall, Kevin Nash, Sean Waltman, Shawn Michaels, and Triple H had become best friends. They named their group The Kliq and had quite an influence backstage.

However, they couldn’t acknowledge their alliance on TV due to the nature of their on-screen characters. Thus, they were a backstage group only. On May 19, 1996, during a live event at Madison Square Garden, Hall and Nash were wrestling their last matches in WWF against Triple H and Shawn Michaels, respectively. They (Hall and Nash) had signed with WCW a month prior. Before the event ended, these four superstars shared a group hug in the middle of the ring. This incident was termed The Curtain Call and is regarded as one of the most controversial WWE moments.

The company didn’t react nicely to these on-screen rivals breaking characters in front of thousands. Michaels was a top star then, and Hall and Nash left for WCW. Only Triple H suffered due to this incident. WWF booked him poorly in the following months as a punishment.

Several Professional Wrestlers have passed away while still in their prime (e.g., Eddie Guerrero). However, death during an ongoing event isn’t common in professional wrestling. At the 1999 Pay-per-view Over the Edge, Owen Hart was set to fight for the Intercontinental Championship. At that time, he competed as the Blue Blazer, a superhero character.

It’s no surprise that several WWE Special Moments have been courtesy of unique entrances. Hart was also preparing to make a captivating entrance at the event. He was supposed to be lowered into the ring from the rafters. In a shocking turn of events, a cable disconnected from Hart’s safety vest, and he fell chest-first into the call from a height of 70 feet. Only the live audience witnessed this incident. Hart was immediately rushed to a nearby hospital but was pronounced dead in about an hour. As for the event, it continued after a brief pause. Commentator Jim Ross announced the pay-per-view. Although the version of this Pay-per-view available on the Network doesn’t mention Hart’s death, it is an unfortunate event, and WWE controversies like these cannot be erased from history.

It has been nearly six years since CM Punk left WWE. However, he made an everlasting impact during his stint there. He was one of those guys who weren’t afraid to voice his displeasure in front of the higher-ups. In the summer of 2011, he was planning to leave WWE due to his growing frustrations with the company. However, WWE allowed him to speak his mind on the June 27, 2011, edition of Raw. Little did anyone know that it would become one of the most memorable yet controversial WWE moments.

Punk dissed Vince McMahon, Triple H, The Rock, Hulk Hogan, etc., while cutting his infamous pipebomb promo. Most of the things Punk mentioned in the promo reflected his real-life frustrations with WWE. The Pipebomb became a massive hit in the wrestling world. Although Punk had already signed a contract extension by then, his impending departure storyline was stretched for a few more weeks to make it look like he would be leaving WWE after Money in the Bank PPV. At Money in the Bank, Punk defeated John Cena to win the WWE Championship and (kayfabe) left the company as the Champion. Punk’s Title win was undoubtedly one of the best WWE special moments.

Among the most controversial WWE moments, this one takes the cake. A week before Survivor Series 1997, Bret “The Hitman” Hart inked a deal with WCW. He was scheduled to defend his WWF Championship against Shawn Michaels at the event. However, Hart refused to lose to Shawn Michaels in his home country. He requested to retain the title at the event and then drop it later. Vince McMahon approved of it.

During the match’s closing moments, Michaels had Hart locked in the Sharpshooter (Hart’s finisher). Out of the blue, Vince McMahon appeared and ordered the referee Earl Hebner to end the match and declare Michaels as the winner by submission. This moment dented Hart’s relationship with WWF, and he even spat on Vince McMahon from the ring out of anger. Hart then moved to WCW (WWF’s rival promotion presided by Eric Bischoff).

The Montreal Screwjob incident led to the creation of the villainous “Mr. McMahon” character. Moreover, it kicked off the Attitude Era. As for Shawn Michaels, he dropped the WWF Title at Wrestlemania 14 to the 1998 Royal Rumble winner Stone Cold Steve Austin.

Are you aware of any other memorable WWE controversies? Let us know in the comments. 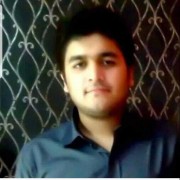 How to Find Someone on Snapchat without their Username