Here is everything you need to know about iPhone11 price, features, price in Pakistan, and Release date. Keep reading to know more.

To all iPhone enthusiasts and tech-junkies, the iPhone 11 is here! Here’s the moment you’ve been graciously waiting for. The Apple event for iPhones was yet another masterpiece to behold as they launched their new series of iPhones. Not to mention, they’re going out like flies in pre-orders!

This year, Apple isn’t beating around the bush to release the brand new iPhone series. The successor of the wildly famous iPhone XR is just unveiled, being branded as a modern, better, and the ever-great smartphone, called the iPhone11!

Tempted to get these brand new handsets in your own hands? Well, you must be filled with dozens of questions. Scroll down below to take a look at our in-depth review of the technical specifications, features, and obviously, the iPhone11 price in Pakistan.

So, stay on the edges of your couches, and let’s get started.

iPhone’s aren’t famous for being in the limelight for no reason. Not only does the new iPhone11 offer a cutting-edge display, but it supplements it with the A13 Bionic processor and a top-notch camera for your lovely pictures.

But, is that all? Most definitely not. Let’s review the specifications of the new iPhone11 in a little more detail, next:

A13 Bionic Chip with an Advanced Neural Engine

iPhones have long been adored by many for their blazing-fast speeds. The performance factor is a massive reason for you to prefer an iPhone over a different headset. Try running a benchmark, it suggests that the iPhone is a clear winner amongst many of the leading, new smartphones.

However, iPhone11 beats all its predecessors with the new A13 Bionic chipset. The added processing speed through this new processor allows you to multitask, take selfies, write texts, and do a bazillion other activities without a drop of frames.

The chipset also comes with its neural engine. This means its equipped with the latest artificial intelligence features and machine learning algorithms to provide a cutting-edge photo and video analysis.

But, does this performance come at the cost of battery life? We’ll find that out as well!

Every modern iPhone has these three capacities for storage of pictures, videos, and personal data. So, if you’re a simple iPhone XI user with little needs, you might opt for the 64GB version of the iPhone. If not, you can also opt for the other two options but might have to pay a little over the normal price range.

Again, Apple also provides its cloud storage options which you can purchase on a subscription-based method. But again, if the device storage does it for you, you can leave it out and cut some bucks off of your iPhone11 price.

It goes without saying; the camera is the real steal amongst the brightest features of the iPhone11. iPhone XS and iPhone XS Max were great options if you wanted a phone to make you photogenic. However, with the new iPhone11 in your possession, taking buttery-smooth, crisp, and light-intensive pictures won’t just be a dream; but a lovely reality!

The pro experience from the Ultrawide and Wide camera of the iPhone11 doesn’t just end there. It also offers a great 4K resolution video-taking feature to set a new standard of videos on smartphones.

The Night Mode and the Portrait Mode allow you to take better pictures both in daylight and in low-light areas. So, whether you’re about to snap your friends at the bonfire or the delicious food at the eatery, nothing’s going to stop you!

The TrueDepth camera on the front also offers excellent facial recognition features and Face ID. Inspired by the triple-lens camera? Well, that’s a special feature for the iPhone11 Pro and iPhone11 Pro Max!

However, the screen’s display isn’t going to be affected. The resolution offers clear displays at a steady fresh-rate to offer smooth transitions. Screen sizes vary for all three versions of the iPhone11 which gradually increase as you go towards the Pro Max.

Currently, the iPhone11 features don’t include 3D touch. Rather, there’s a newer version of the haptic touch installed. This allows smoother interactions with the screen and provides better feedback when the user presses or touches the screen.

iPhone11 might be considered a ‘younger, inexperienced sibling’ of the iPhone11 Pro Max and Pro. Despite that, it is still a great purchase and will help fulfill your smartphone needs for years to come.

If you’re an admirer of the look and feel of the iPhone, well, there’s sad news. The iPhone11 doesn’t feature many changes in its design and is quite similar to the iPhone XR. But, the new colors of the iPhone11 are surely a wonder to lay your eyes on.

Apart from that, we’ve already gone over the whole camera shift. There’s a bumpy square for the triple rear camera lenses but still, make it a unique design. The glass and aluminum body, although used by ages, is still one of the most beloved iPhone11 features.

One strange feature is the shift of the Apple logo. It is slightly shifted downwards whereas the text ‘iPhone’ is now nowhere to be seen. Who’s to say we don’t see these features show up in newer apple devices like the new iPad Pro?

iPhone XR has been the leading smartphone when it came to battery life. Luckily, the iPhone11 lasts an hour longer than the iPhone XR. That tips the balance in terms of the new iPhone11 and makes it the favorite for iPhone admirers.

Now comes the real deal. iPhone11’s price in Pakistan is a little higher than you’d expect.

If you’ve seen the Apple event for iPhones this year, you know that the iPhone11 is quite cheap. For $699, you can own a new iPhone11 and slay your smartphone game. It roughly estimates 110,000 in PKR. However, it’s not that simple, is it? But, the iPhone doesn’t come free of duties and taxes. You have to pay those before using it in Pakistan. Not to mention, you also have to get your phone PTA approved to operate it successfully in the cities.

Keeping that in mind, the iPhone11 price in Pakistan is somewhere in between 145,000 and 165,000. However, Apple loyalists will be saddened to hear that an official iPhone11 release date for Pakistan hasn’t been released.

Regarding the iPhone11 release date in Pakistan, Pakistanis, you’ll have to wait a little while longer. But, the fruit’s worth the wait as the new iPhone11 is going to blow your mind away for sure!

As we have discussed every tiny little detail of iPhone from its price to iPhone11 release date in Pakistan. Here is something more about the Apple and the iPhone!

Apple has released three versions of the new iPhone: iPhone11, iPhone11 Pro, and the iPhone11 Pro Max. Apart from these new headset updates, there have been updates to the iOS operating system as well.

The iOS13 features several different features and introduces the ever-needed feature of the Dark Mode in iPhones. If you adore Apple watches, there’s one of those this year as well. However, there’s no update on the iPhone 11R, unlike the iPhone XR which was unveiled during the last year’s Apple event.

We can only wonder what 2020 iPhones are going to look like. If there’s one guess we can make, it’s just that they’re going to be just as awesome as the previous ones. After all, Apple has always defied legacies and explored the ever-changing horizons of cutting-edge technology! 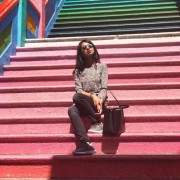 What Are the Best Social Media Management Apps 2020

WhatsApp Dark Mode-How to Enable on Android and iOS?

How to Block a Stolen Phone in Pakistan – CPLC IMEI Check