High speeding internet is a must requirement for everyone as in today’s world everything has been shifted on the internet. You should test the speed of your internet service/connection regularly. Your Speed test for download and upload speeds can be tested via a speed test online tool by PTCL or you could contact your Internet service provider and they could provide you with a testing tool.

PTCL is one of the most famous internet provider company in Pakistan. It began as a cellular company but due to the public demand for the internet, it transformed itself into one of the biggest Internet services providers in the country of Pakistan.

PTCL has become such a huge network over the years that now it caters its services to over 1000 cities in Pakistan. They may cause that PTCL attracts many customers around the country is that it provides the most affordable rates on the market plus it gives the user unlimited uploading and downloading on their internet connection.

There many abundant services that PTCL has for its customers. Customers could get an internet connection with a speed of about 100Mbps which is the highest speed that an internet service Company has provided in Pakistan. Their technical staff would arrive at your door-step and install and configure your WIFI router.

PTCL also protects the customer’s server from all sorts of Malware and keeps their email accounts Spam-Proof. The A fiber-optic cable that the company uses, provides the user with a high-speed internet connection and also restricts interruptions.

For the ease of its customers, PTCL has various methods for payment. Either you could pay at their office else you could do the Payment in a bank-affiliated with PTCL else if you do not feel like leaving your house, you could make an online transaction to them.

How to check your PTCL internet speed?

It is very annoying that when you’re doing a task or an assignment on the internet and for some odd reason your internet speed drops down exponentially and then you are not unable to submit your work on time.

This is a similar sort of Problem that PTCL has been facing for over a long time now. Sometimes customer’s internet connection completely stops working while other times the internet speed is not as same as the one to which the customer has subscribed. The company was being bombarded with this sort of internet issues so finally, the came up with a solution. They created a PTCL speed test tool for their customers.

This is not the only feature of this tool, it also helps you by telling you about the quality and condition of your internet connection.

To carry out this PTCL speed test online, you just need to follow some simple steps. But before that, you should close up all the programs that are consuming your internet speed as this would help you in gaining a more accurate result.

How to check PTCL internet speed Step by Step:

PTCL is a very well-known internet service provider in Pakistan. Over a long time, several of their departments have been facing issues that have damaged the reputation of the company quite badly.

Now, the management is trying to figure out ways by which the can shut down such problems and attract the market share of internet users towards them. They now have a whole new customer support department that would be available to assist the customer 24/7. Also to further gain more customers, the company has invented a PTCL internet speed test application for the users.

The features of this PTCL speed test Online application are that you could check the upload and download speeds of your internet service plus you could also carry out a Ping rate test which could further, provide you with information about your internet connection.

As of now, This PTCL speed test Application is available for Android devices only on the google play store.

Is there a PTCL Speed test available on the internet?

PTCL is a well-respected and accomplished internet service providing company. It has the largest market share in the telecommunication industry of Pakistan.

Over the years, PTCL has made many advancements in most of its departments and has also built software to test your internet speed.

Is there an App to carry out a PTCL Speed test?

For the ease of their customers, PTCL has recently launched an application by the name of “PTCL speed test” on the google play store. Due to this invention, the customers can test their internet speeds while being at home and if they are facing any sort of the issue then they could contact PTCL’s customer support and get their problem resolved.

Till now PTCL has launched its speed test app only on the Google play store. But it has planned to further make more advancements in the company and develop an App for IOS devices also.

What are the features of the PTCL Speed test App?

The newly launched PTCL speed test online app for android devices is available on the play store. This App consists of a lot of beneficial features like you can test your internet speed on it. If your internet connection’s speed is not up to the mark then you could contact PTCL’s customer support and have your issue solved.

PTCL is a renowned and established internet service providing company. This company has provided its services to over 1000 + cites in Pakistan. PTCL provides all of its customers with lighting fast speed internet and its internet speed can go up to 100 Mbps. If you have doubted that your PTCL internet connection is not performing up to the mark then you could use the test tool available on their website for analysis.

Is there an android app for the internet speed test of a PTCL’s connection?

Over the years, PTCL has made many innovations in many of his departments to provide a simple and user-friendly experience to its customers. Recently, they have launched an application by the name of “PTCL speed test”.

By inventing this application, the customers can do the internet speed test of their PTCL connection and check if the speed is reaching the limit that they have subscribed to or not.

How carry out the PTCL speed test on an IOS device?

PTCL is a massive internet service providing company and has millions of customers throughout this country. If a customer has an IOS device and wants to carry out an internet speed test of their PTCL internet the connection then they would need to download a third-party application such as speed test by Ookala, Fast speed test and many more from the Apple’s App Store which would help them to measure their Uploading and Downloading speeds.

If a customer is facing a downfall in their internet speed then they should contact PTCL’s Customer support through which they would be able to retain the internet speed that they have been subscribed to.

PTCL is a giant company that provides internet along With many other services to its consumers. Despite having faced a lot of complaints by their customers in the previous years, now the tech giant has started to reclaim its reputation in the market by inventing a  test app and a speed test tool along with improving the other sectors in the company. 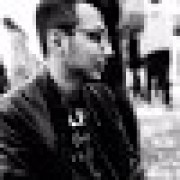 Paid Apps For Free Legally – How to Download (Android +iOS)