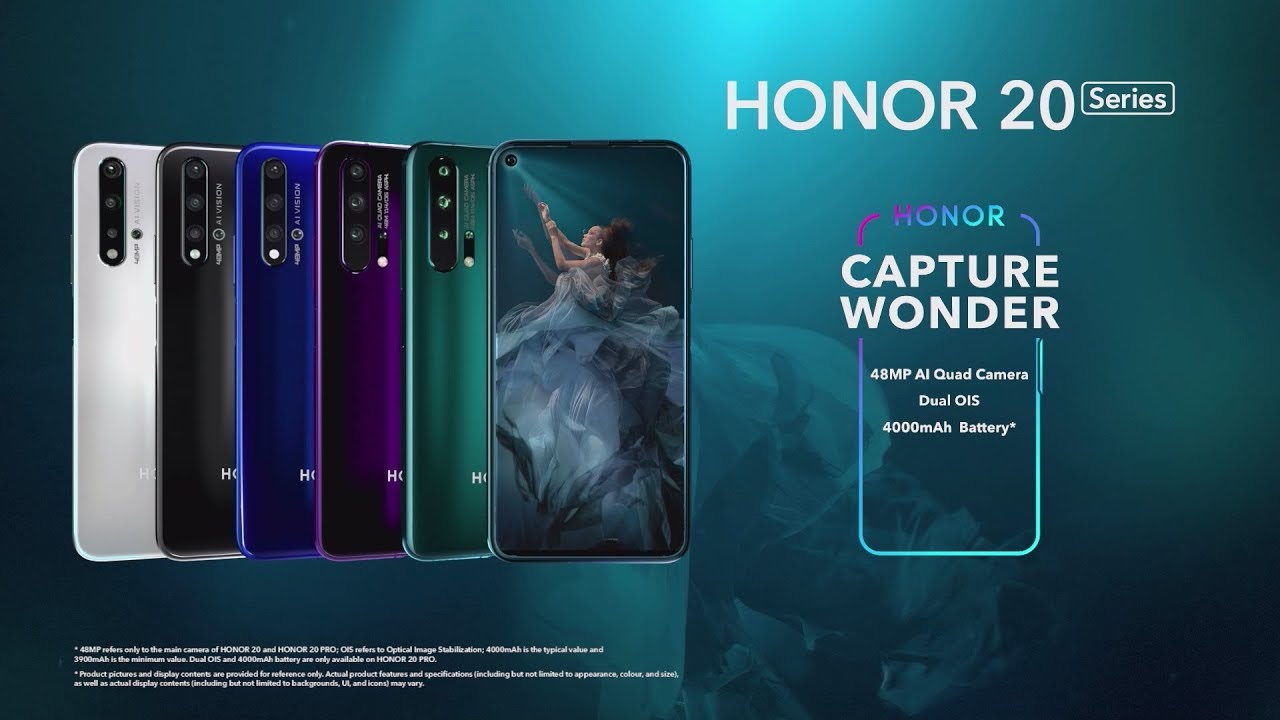 Honor 20 and Honor 20 Pro are official with the Quad Cameras offering the same Camera Quality and the highest levels of image processing, might even better than the blockbuster P30 Pro.

Both the phones are coming with amazing features and specifications offerings among the best prices.

Both phones will be Powered by the HiSilicon Kirin 980.

The phone is offering a 6.26 inch screen with HD+ resolution and a punch-hole on the left. On the front is a 32 MP Selfie Camera, powered by a Kirin 980 chipset the phone comes with 6 GB of Ram and 128 GB Storage.

The quad cameras are the real deal. The main Camera is a 48MP Sony IMX586 sensor, with an f/1.8 aperture. Next in line are the 2 and 16 MP ultra-wide angle cameras and on the last is a 2MP depth sensor.

Pro comes with the fastest aperture on any phone till now, f/1.4, which offers 60% light into the 48 MP Sony sensor, featuring optical and electronic image stabilization as well.

The pro next sensor comes in 8MP supporting 3X Optical Zoom and a 5X hybrid zoom, digital zoom of 30X. In the case of capturing a close-up, the pro supports a dedicated Macro, the first one in the smartphones.

The third is the 2 MP sensor which can be used to capture the 4 cm away objects. And on the last is a 16 MP ultra-wide angle camera.