Do You have an Old iPhone or iPad which you haven’t Updated for Last Many Months? You’ll need to reboot those gadgets by Sunday (Nov 3 ,2019) or get ready to Lose your connection with the Internet. Apple has declared that some iPhone and iPad models presented in 2012 and before will require an iOS update, or they could stop working effectively. The issue arises because of a GPS time rollover issue.

Specifically, an update is required for iPhone 5 to show accurate GPS locations and to keep on utilizing Apps that depend on the right date and time including iCloud, email, and internet surfing.

So if the update isn’t finished by Sunday 3rd November 2019, users would have to backup and restore their device by utilizing a Mac or PC in order to update because over the air updating of software include Backup won’t work.

The Update software version should be 9.3.6 or 10.3.4 depending on your iPhone Device.

IPad Touch or Any iPad Models that runs on WiFi Only does not get affected by this. Plus IOS devices newer than above do not get affected. So what are you waiting ,get your Iphone iOS update as soon as you can. 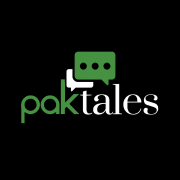 Paktales is a Platform that covers news, views, and provides unbiased analysis to its readers.

16 inch Macbook Pro by Apple Coming Out In October 2019 Best Games Like Age Of Empires For Android and iOS 2020